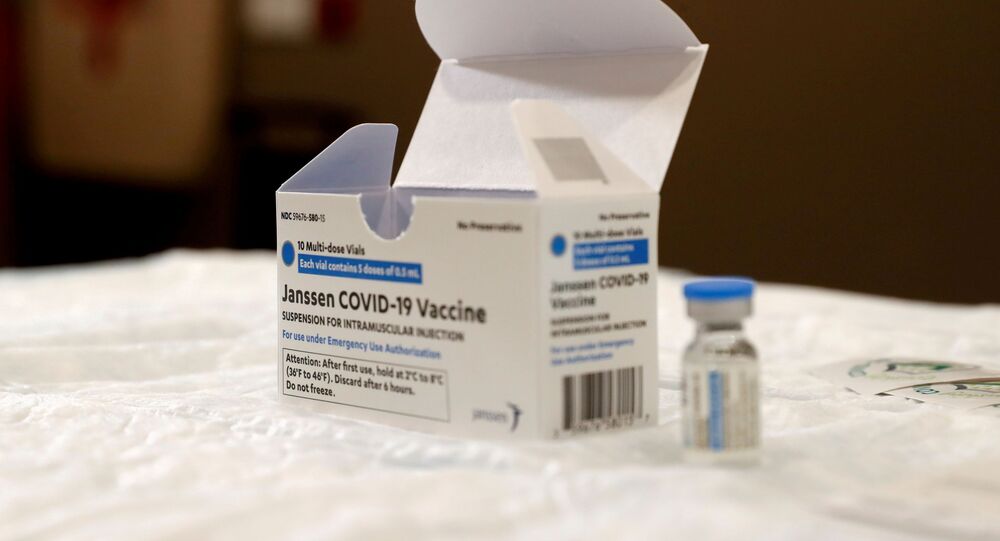 The vaccine, produced by the Johnson & Johnson-owned Belgium-based pharmaceutical company Janssen, has shown up 85 percent effectiveness against the COVID-19 disease. The US federal regulator earlier paused for a short period the use of the compound due to a deadly but extremely rare side effect.

US Food and Drug Administraton (FDA) will issue an additional warning for the Johnson & Johnson coronavirus vaccine after a rare but dangerous side effect was reported on Monday, according to the Washington Post.

The drug was said in some cases to cause a rare Guillain-Barre syndrome which prompts an autoimmune response that attacks certain kinds of neural cells. The disease was detected in approximately one-hundred patients among the estimated 12.8 million vaccinated with the first jab.

According to the newspaper, the vast majority of those affected with the syndrome were males above the age of 50. The disease was said to appear in two weeks after the jab. While the syndrome is curable, it could leave irreversible consequences, especially for adults over the age of 50.

“We have been in discussions with the US Food and Drug Administration and other regulators about rare cases of the neurological disorder, Guillain-Barré syndrome, that have been reported following vaccination with the Janssen COVID-19 vaccine,” the Johnson & Johnson pharmaceutical company said in a statement earlier on Monday.

The one-shot vaccine from Johnson & Johnson, approved in the US in February, was temporarily banned from use by the federal regulator after a rare deadly side effect, a type of blood clot, was reported.

AstraZeneca's Covid-19 vaccine was also earlier said to possibly trigger the syndrome. Medicos so far haven’t revealed cases of this side effect after vaccines from Pfizer and Moderna.