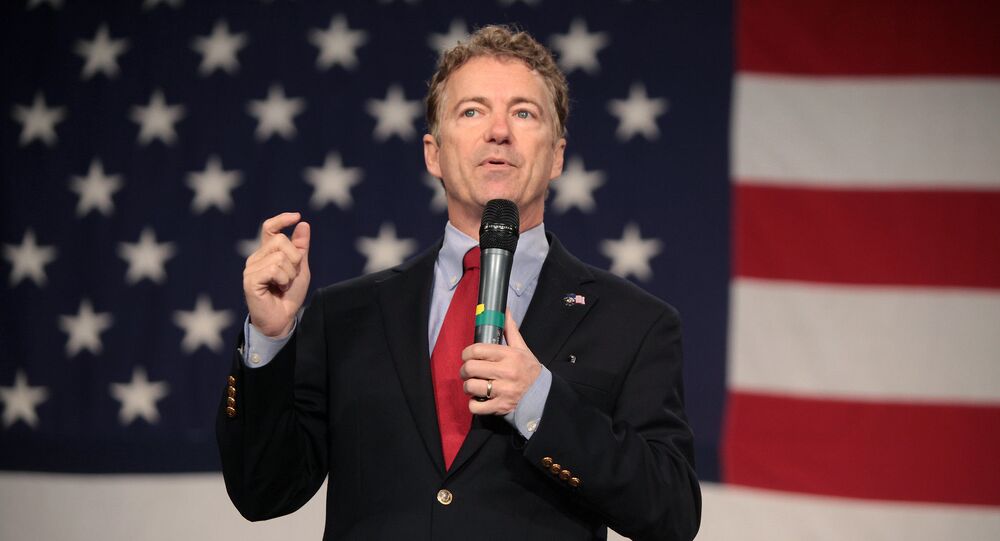 Tucker Carlson, the 52-year-old host of Fox News' "Tucker Carlson Tonight," alleged during a late June broadcast that the US National Security Agency (NSA) had been conducting surveillance on his opinion show's electronic communications in an effort to get the program canceled. The NSA later claimed, "Carlson has never been an intelligence target."

Sen. Rand Paul (R-KY) confirmed on Monday that he issued a letter to NSA Director Gen. Paul Nakasone last week, demanding that he investigate Carlson's allegations that the US Department of Defense intelligence agency "alleged spying and unmasking" of the Fox News opinion show host, "as well as any leaks of his private emails from the NSA to other reporters."

"Mr. Carlson is a journalist, who currently hosts the popular news program Tucker Carlson Tonight, and as such he is to be afforded the freedom of the press protections guaranteed by the First Amendment to the United States Constitution," Paul said in a quoted statement.

"As you are undoubtedly aware, Mr. Carlson recently alleged on his television show that the NSA not only read his private emails relating to his attempt to interview Russian President Vladimir Putin, but also that the NSA unmasked his identity and leaked his private emails, which identified him by name, to others in the press."

The NSA must do more than tweet a carefully worded denial to be trusted. https://t.co/SVRkK1NrUN

Carlson claimed that a "whistleblower" informed him of the government surveillance, as well as the unmasking of his identity to those within US media. The alleged leaks came as part of the Biden administration's attempt to discredit the opinion show host and frame him as a "disloyal American" or "Russian operative," Carlson added.

Paul, who is a frequent guest on "Tucker Carlson Tonight," went on to assert that he is "open-minded enough" to believe the NSA did not spy on Carlson, but "a long train of abuses conducted by the NSA evinces a consistent design to evade the law and violate the constitutionally-protected liberties of the people."

The US senator from Kentucky emphasized that, due to these abuses, the NSA will have to do more than issue a denial via social media, which the agency did on June 29.

While the NSA is supposedly tasked with dealing with "foreign threats," and not those relating to private US citizens, former NSA agent-turned-whistleblower Edward Snowden famously exposed information relating to the US Department of Defense intelligence agency's PRISM program - the codename given to the program which allows the government to privately flout US laws and collect information on private US citizens via hidden warrants.

"You're an a**hole," tweeted Hayden, who served as director of the NSA under the administrations of former Presidents Bill Clinton and George W. Bush.