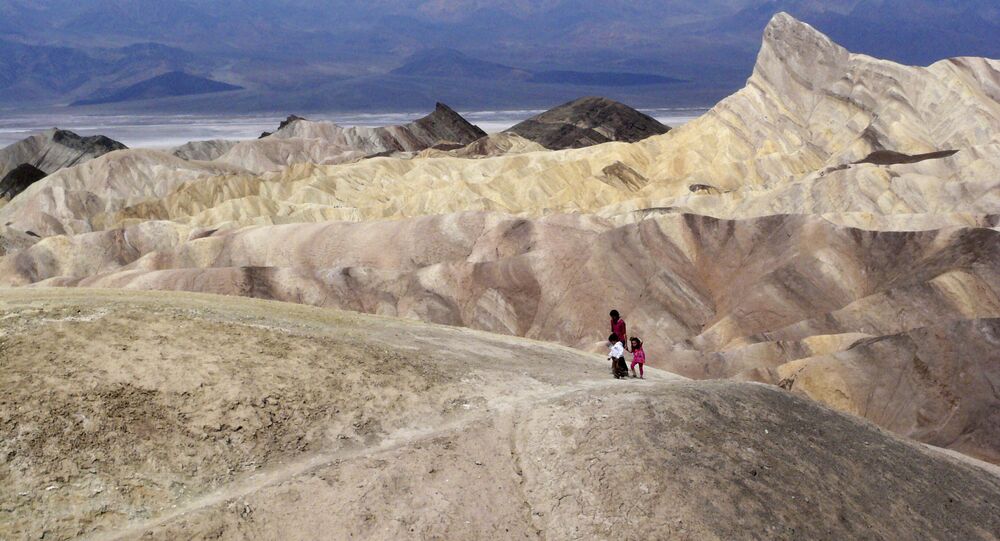 The temperature recorded in the area last weekend was only 4 degrees Fahrenheit shy of the area's record.

The aptly named Death Valley, located in the Mojave Desert, has once again confirmed its reputation as one of the hottest places on Earth; at the end of last week, the area almost broke its high temperature record set over a century ago.

On Friday, the US National Weather Service (NSW) announced that the mercury hit 130 degrees Fahrenheit (about 54.4 degrees Celsius).

⚠️ If this says anything about how hot SAT-SUN will be, HEED THESE WARNINGS. Do not put yourself, nor first responders in danger this weekend!

This observed high temp is considered preliminary & not yet validated. https://t.co/BwovUm42PE

​The record stands at 134 Fahrenheit (about 56.6 Celsius) but Newsweek points out that this reading, taken in July 1913, is disputed by meteorologists "as older temperature readings are not as accurate as today's."

On Saturday, the temperature in Death Valley reached 129.4 degrees Fahrenheit (54.1 Celsius), with the NWS predicting that it was going to hit 130 Fahrenheit on Sunday. However, it fell just short at 128 Fahrenheit (53.3 Celsius).

​On Monday, 12 July, the NWS office in Las Vegas also reported "near record head across much of the area", adding, however, that "most locations will see slightly cooler afternoon highs."

Near record heat across much of the area again today although most locations will see slightly cooler afternoon highs. #nvwx #cawx #azwx pic.twitter.com/vzifnvEAaf