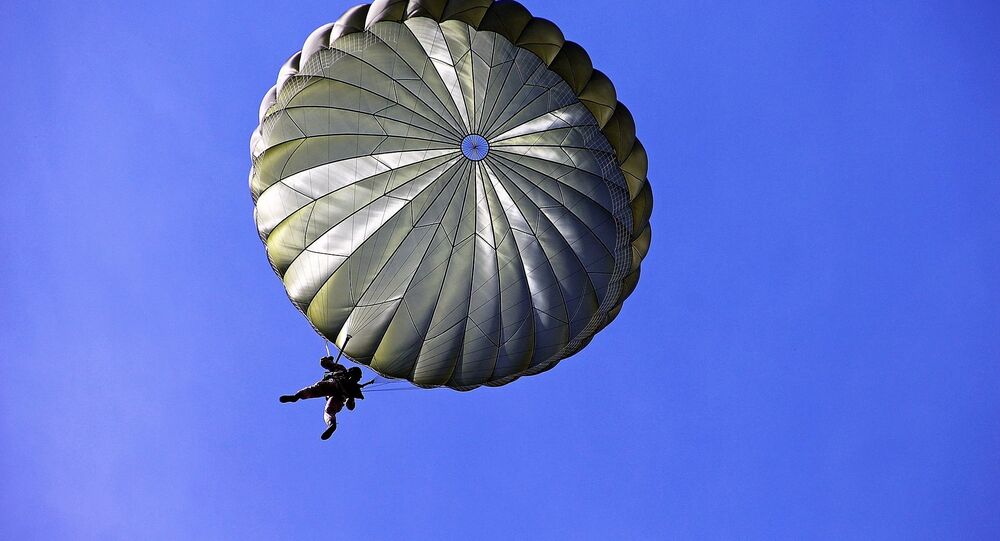 The UK Ministry of Defence has reportedly confirmed the incident, which happened while British troops were training alongside their American allies in California.

A woman from Atascadero about 200 miles northwest of Los Angeles walked into her neighbours' kitchen to find a British solider had fallen through the roof of the building. He'd been taking part in a high altitude low opening (HALO) exercise – but it appears he misjudged his landing.

​HALO exercises typically see soldiers jumping out of a plane from altitudes between 15,000 feet (4,600 metres) and 35,000 feet (11,000 metres) before opening their parachute at a lower than normal altitude.

However, the British soldier’s parachute reportedly failed to deploy correctly, which resulted in his spectacular crash landing.

Rose Martin, who discovered the soldier while her neighbours were out, said the fact he survived the fall is a miracle.

“I was in shock. I'm like, what? So I ran in to make sure he was okay and I checked on him and his eyes were open but I wasn't sure if there were any injuries. I didn't want anyone to move him,” she said.

Atascadero Police said the parachutist “was conscious but stunned with complaints of pain but no visible serious injuries.”