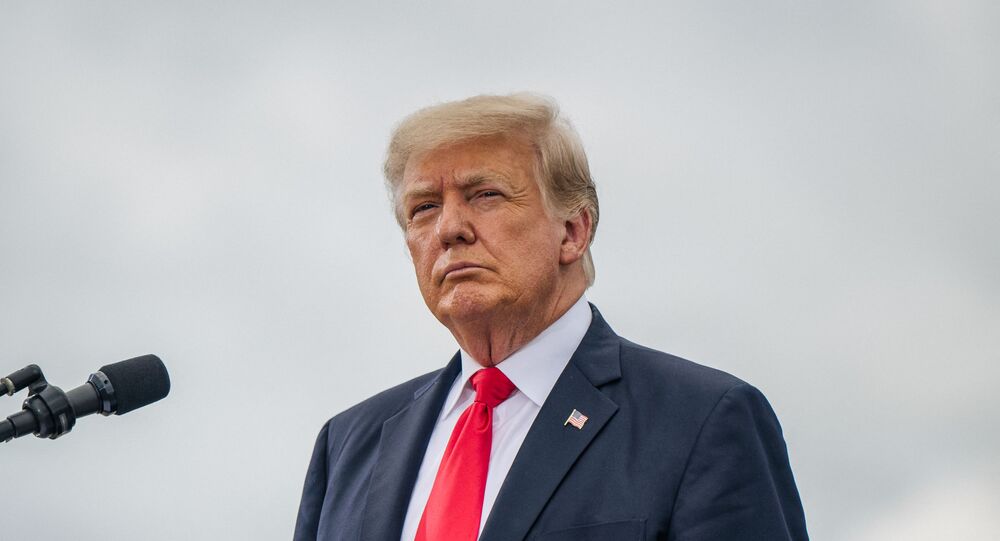 Speaking about his role in allegedly facilitating the private sector’s spaceflight-related efforts, Trump claims that Branson's feat would have likely been impossible had it been done "the old-fashioned way."

As British billionaire Sir Richard Branson successfully completed his space flight onboard Virgin Galactic’s Unity craft, former US President Donald Trump is demanding some recognition for the role he's apparently played in the "race to space" alongside the Virgin boss, Jeff Bezos, and Elon Musk, as the New York Post writes.

The 45th POTUS reportedly boasted that his efforts, such as the creation of the Space Force and encouraging the private sector’s space exploration plans, made the current situation possible.

"I made it possible for them to do this. I actually said to my people: Let the private sector do it. These guys want to come in with billions of dollars. Let’s lease them facilities because you need certain facilities to send up rockets, and we have those facilities," Trump said on Fox News’ Sunday Morning Futures. "We have the greatest. And I reopened them because they were, as I told you, they were dead, they were closed, or essentially closed for the most part."

"So I said, hey look, if Elon wants to stand up a rocket, let him do it. We’ll charge him some rent. Let him do it. Let these guys do it. And we’re seeing advancement now that I don’t believe we would have ever seen had we done it the old-fashioned way," he added.