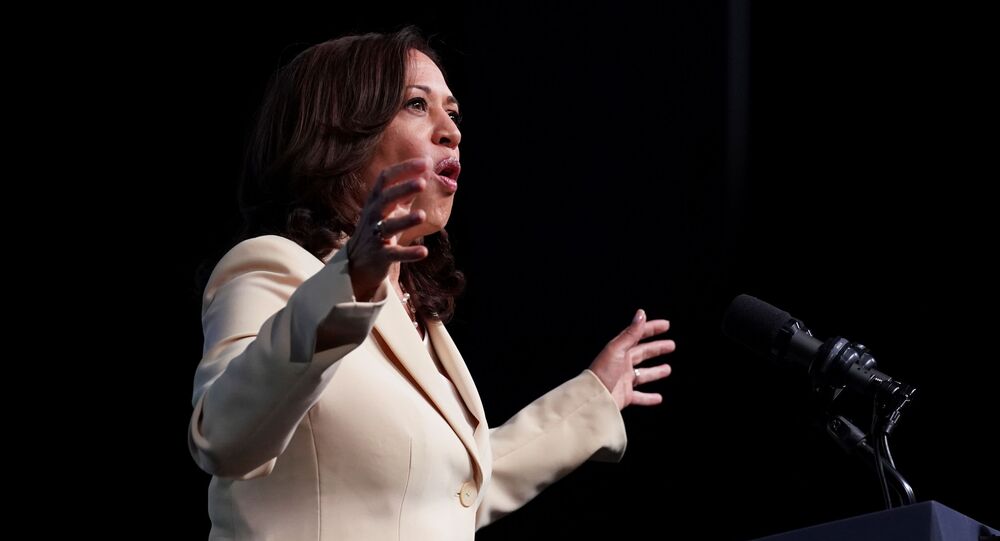 'Maybe I Don't Say 'No' Enough', Harris Jokes After Told She's Got a Bit Too Much on Her Plate

The first female vice president has faced backlash over her handling of the situation at the US southern border, where the influx of immigrants has continued but Harris' figure had not been spotted there until recently — despite being titled 'border tsar'. One might think that she may not be able to manage all the tasks she's taken up.

Kamala Harris jokingly suggested she should not accept every task that pops up in the administration after it was suggested she has been taking too much responsibility as a vice president.

In a recent interview with BET, Harris was pressured by broadcaster Soledad O'Brien, who enumerated an impressive list of the tasks she's got on her agenda, expressing doubt whether one person could adequately tackle all these issues.

"Immigration, increasing broadband access, black maternal mortality, racial inequality, women in the workforce, infrastructure. We just talked about voting rights. That seems like a lot for one person," Soledad noted.

"Can one person do all that realistically?" she wondered.

Harris assured her that everything is possible in this world and that's what her job requires (though some may argue with that).

"Yeah, maybe I don't say 'no' enough," Harris responded, giggling. "But I do believe that these things are achievable. It's just a lot of hard work, but that's why we're here and that's what people wanted. Right?"

"We will go into these positions that we will arrive in these positions, and we will work hard and get things done. And that's what motivates me, truly," Harris concluded.

Netizens were quick to comment with bitter sarcasm in response to her statements.

Haven't heard of her making progress on even one of those assignments.

Maybe she should QUIT,, if she doesnt wanna do what the boss says!

It would probably help if she was perhaps a tiny bit competent.

If being Vice President is too much for her then she definitely shouldn't try to be President.

On June 25, Harris finally arrived at the US southern border as a member of the Biden administration following criticism that she had long avoided visiting the border after President Biden put the vice president in charge of handling the crisis there.

However, she faced another wave of criticism for not visiting the Rio Grande Vally region in south Texas where hundreds of thousands of asylum-seeking migrants from Guatemala, Honduras, El Salvador, and Mexico have been pouring into the United States.

While Harris has been widely touted by Democrats for her role as the first female vice president of the United States, that enthusiasm diminished within several months of the Biden administration occupying the White House. Many have started to question her competence, suggesting she's not capable of the job assigned to her, especially when it comes to the border crisis and voting rights.

In the meantime, her image may have also taken a hit as a result of other "irritants", such as reports that her staffers are subjected to an unhealthy work environment, and her statement addressing those seeking the American dream in early June that they should not come to the United States — contradicting the overall line of the Democrats, who have long criticized Trump's policies of turning illegal immigrants away.

There has also been a number of memes of a conspiratorial character on social media, with netizens alleging that Harris is "in charge" of the United States, given Joe Biden's constant gaffes and memory failures, especially after he called Harris "president" on at least two occasions.