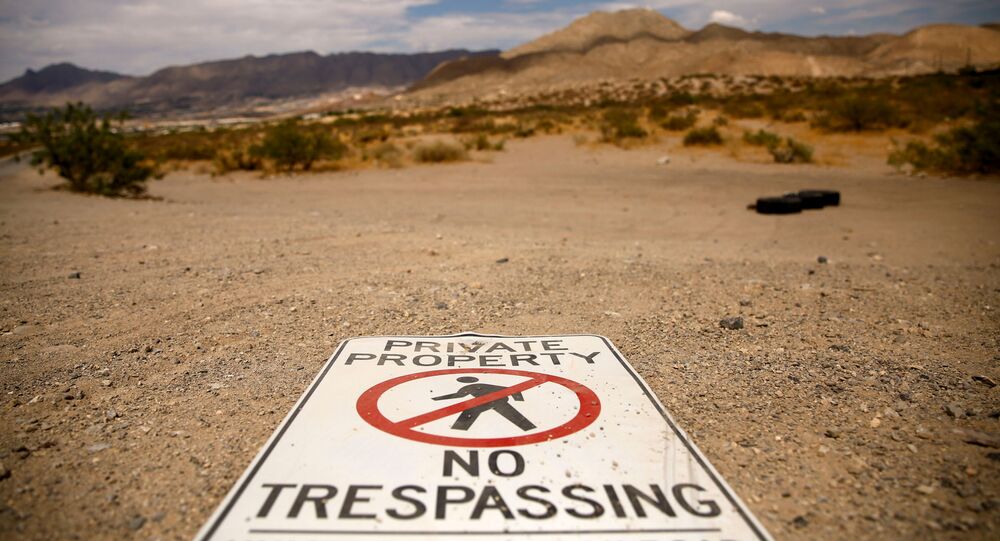 In response to the COVID-19 pandemic, the previous administration employed Title 42 public health safeguards in March 2020. The order from the Centers for Disease Control and Prevention (CDC) provides for the swift deportation of migrants at the border, frequently within hours and without detention.

Ex-Trump administration Homeland Security officials are warning that if the Biden administration repeals a Trump-era public health rule that permits for the quick expulsion of migrants at the border due to the COVID-19 outbreak, it will have disastrous effects, Fox News reported on Saturday upon interviewing former officials.

"They’re not prepared for it, I think they’re going to do it, because they want an open borders agenda, but it’s going to be catastrophic," former acting Immigration and Customs Enforcement (ICE) director Thomas Homan is quoted in the report as saying. "The numbers I think are going to be very, very high."

Despite pressure and legal action from liberal groups, the Biden administration has maintained Trump's order, although it has declined to apply it to unaccompanied children. And according to the report, due to Mexico's inability to accept families with children under the age of seven, it has not been applied to certain migrant families.

Title 42 was responsible for 112,000 of the 180,000 migrant encounters turned away in May, implying that repealing the directive could have serious effects.

With the pandemic still ongoing and other policies such as the Migrant Protection Protocols (MPP), asylum cooperative agreements (ACA), and other protections being removed, Trump-era officials claim that ending Title 42 will result in a massive influx of migrants into the United States, far exceeding the current limit.

Thus, former acting DHS Secretary Chad Wolf said that it "doesn't really matter whether it’s this month or early in August, the timing is awful."

"We are in the midst of a historic crisis on that border, and instead of trying to implement measures that try and solve that issue, they’re doing exactly the opposite," he added.

© AP Photo / John Raoux
Donald Trump Jr. Laments World is ‘Going to Hell' Under ‘Dolt’ Joe Biden, in Fiery CPAC Speech
Wolf also mentioned the cancelation of not only MPP and the ACAs, but also other Trump-era expulsion programs like the Prompt Asylum Claim Review (PACR) and the Humanitarian Asylum Review Process (HARP).

"They've taken programs away such as ACAs, MPP, HARP and PACR and all the enforcement mechanism we have and they haven't replaced them with anything, and so I think the only way to read that is they’re going to do catch and release because they believe that's the right way to do it," Wolf explained.

"They are more worried about individuals trying to seek asylum than they are about keeping American communities safe is what it feels like to me," he emphasized.

The former acting DHS head warned that the number of real migrant encounters may decrease as individuals make multiple attempts to enter but being turned back under Title 42 may decline, while the number of migrants released into the US may increase.

"A portion of them, single adults from Mexico they'll return under [expedited removal], but what do they do with the thousands and tens of thousands of folks? I don't know of any other program they have in place right now other than to process them and release them," he said.

Moreover, ending Title 42, according to former acting Customs and Border Protection (CBP) Commissioner Mark Morgan, would encourage even more migrants to try their luck in the US after a major entry barrier is removed.

"It’s another action that I think sends what is already a crystal clear message to the cartels, smugglers and the entire world...that says our borders are open and we’re going to continue to take actions to ensure that our borders are open," Morgan said.

Officials also underlined that the pandemic is far from over, with vaccination campaigns still underway, restrictions in place, and many of the countries from which migrants are arriving having far lower vaccination rates and, in some cases, greater infection rates.

Morgan argued that since there are "multiple countries in the Western Hemisphere that are not where America is at when it comes to vaccines and dealing with COVID-19," the Biden administration's policy of opening up the borders for more immigrants is "absolutely endangering American lives and once again shows this administration puts America last and everyone else first."

Furthermore, Homan, a former ICE director who worked in both the Trump and Obama administrations, warned that the Biden administration has also stripped ICE of its detention authority. He claimed that Biden administration officials will opt to release the illegal migrants into the country "because ICE doesn’t have the detention capacity to handle such a surge," and that he believes the current situation has not occurred by accident, hence "I think it is by design," he argued.

Morgan also highlighted that recent, more restrictive ICE instructions imply that even after a 2-3-year immigration process, persons deemed to have an unfounded asylum claim are unlikely to be deported.

"This administration has taken a position where it is no longer illegal to be here illegally," he concluded.

Alejandro Mayorkas, Biden's DHS Secretary, said the department is listening to experts when deciding when to abolish the Title 42 order for migrant families and single adults.

However, according to an Axios report, the administration is preparing to lift Title 42 for migrant families by the end of this month, and single adults sometime soon.

Moreover, according to a report by the NYT, Title 42 could be abolished for single adults in the summer. The administration has reportedly considered putting migrants in alternatives to detention centers and requiring them to wear ankle bands, as well as holding more families in expedited removal.