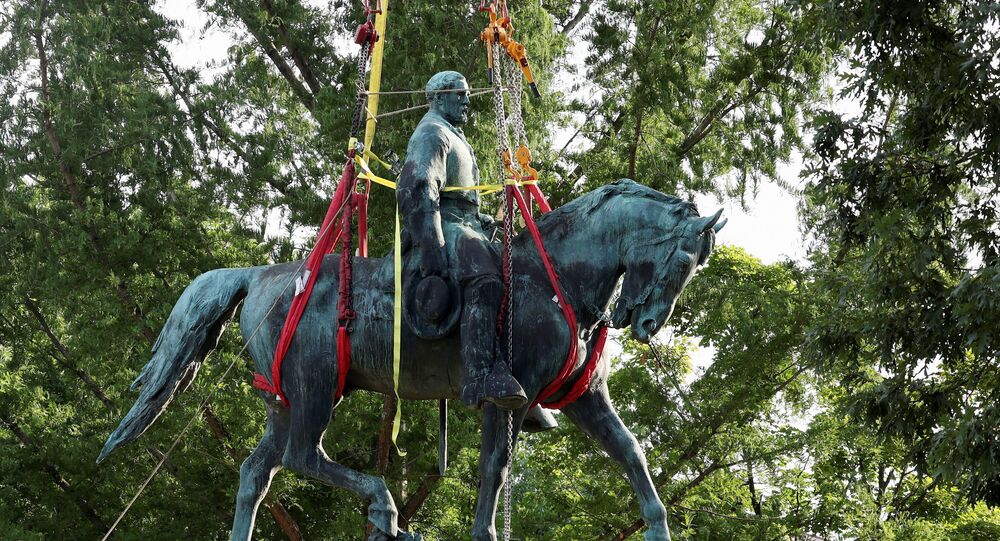 Statues of Confederate Generals Taken Down in Charlottesville – Video

The statues are expected to remain stored until the city council decides where to move them.

A monument to famous Confederate general Robert E. Lee was taken down in the city of Charlottesville, Virginia on 10 July.

According to USA Today, dozens of black people "lined the block and cheered" as the bronze statues of Lee and another Confederate general, Thomas "Stonewall" Jackson, were removed from their pedestals.

"Taking down this statue is one small step closer to the goal of helping Charlottesville, Virginia, and America, grapple with the sin of being willing to destroy Black people for economic gain," said  Charlottesville Mayor Nikuyah Walker.

​In a news release issued prior to the monuments’ removal, the City of Charlottesville said that the statues will be stored until the city council decides on their new location.

The media outlet also points at the "Unite the Right" rally that was held in Charlottesville in August 2017 – the year when the city council voted to take down Lee’s statue – when right-wing groups gathered to oppose the monument’s removal. During the gathering, one rally supporter intentionally drove his car into a crowd of counter-protesters, killing one and injuring 19.