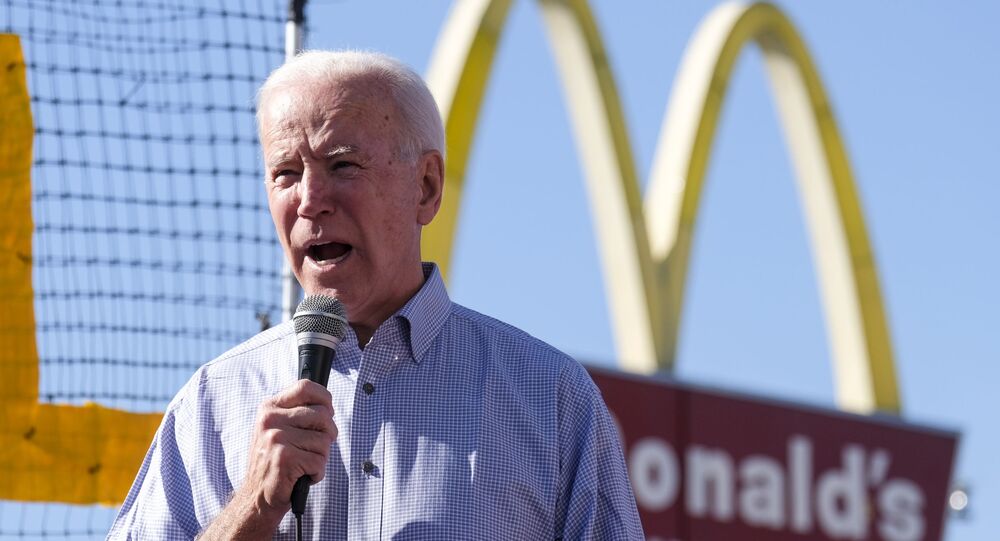 The White House is striving to “bring fair competition” back to the US economy with a new executive order cracking down on anti-competitive practices used by some American businesses.

US President Joe Biden poked fun at America’s top fast food chains Burger King and McDonald’s just before he signed an executive order ending non-compete clauses used by big corporations which prevent employees from one company working for a competitor.

Speaking at the White House’s State Dining Room on Friday, Biden defined himself as a “proud capitalist” who was going to defend America’s competition laws. He gave an example of an unnamed 26-year-old employee who couldn’t leave her company for another one offering a higher wage because of a non-compete clause.

“Or there were clauses in McDonald’s contracts: You can’t leave Burger King to go to McDonald’s.  Come on. Is there a trade secret about what’s inside that patty?” the president said, prompting laughter from the audience.

BIDEN: "There were clauses in McDonald's contracts. You can't leave Burger King or go to McDonald's. Come on. Is there a trade secret about what's inside that patty?" pic.twitter.com/3PZiei9YbA

​Biden has been collared for commenting on McDonald’s apparent anti-competitive practices in the past – a company spokesperson called out the POTUS in 2020 for claiming that hourly workers at the food chain were required to sign non-compete agreements.

Biden first made the claim during a virtual campaign event with members of the Service Employees International Union on 22 July 2020, but McDonalds soon told a fact checking organisation that this was not the case. There was a similar practice preventing workers from moving inside the company from one store to another, but this reportedly stopped in 2017.

“Biden was incorrect in claiming that McDonald’s hourly workers are or were required to sign noncompete agreements,” the company said at that time.

Biden’s remarks were therefore met with not only laughter but also with some questions on social media.

not a SINGLE restaurant manager or below has EVER been made to sign a noncompete clause.

"Is there a trade secret inside that patty?" - Biden landing a solid burn on fast food corporations and their dumb non-competes.

As per the new order, the Department of Justice and Federal Trade Commission (FTC) will review mergers and acquisitions more carefully and issue rules to address competition concerns from Big Tech giants like Facebook and Apple. According to anti-monopoly group the American Economic Liberties Project, a lack of competition costs each ordinary US family around $5,000 per year.