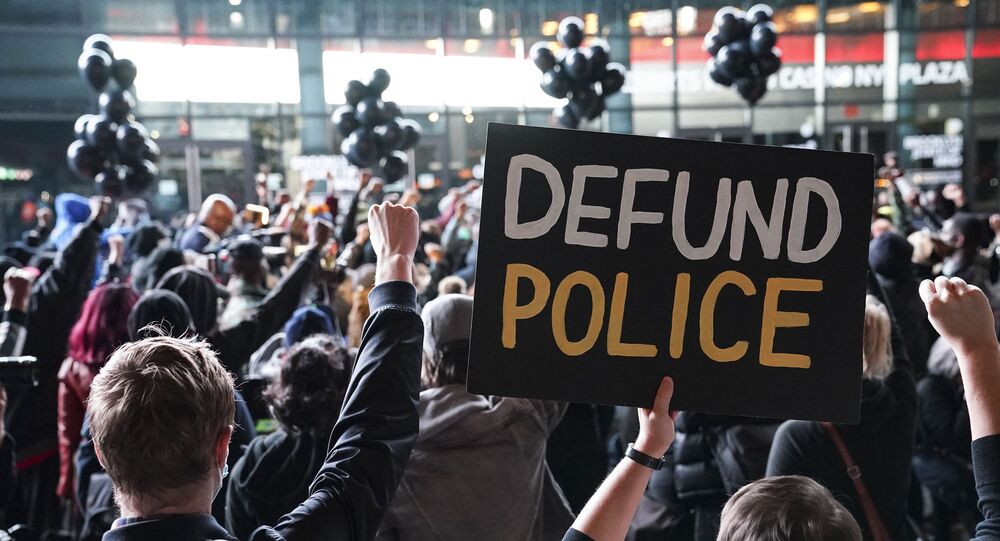 Joe Biden’s senior adviser Cedric Richmond and some of his fellow Democrats have recently accused Republicans of defunding the American police forces by refusing to support the administration's $1.9 trillion American Rescue Plan.

Following a stream of accusations that GOP members wanted to cut funds for law enforcement, the Republican Study Committee released a short video singling out times when Democrats had supported “defund the police” initiatives.

A one-minute video, first shared with Fox News, consists of screenshots of headlines and tweets from progressive politicians – mostly the 'Squad' members – demanding that US police be denied funds and that law enforcement branches (e.g. Immigration and Customs Enforcement) be abolished all together.

Under the dramatic tunes of Edward Grieg’s ‘In the Hall of the Mountain King’, the House’s most vocal Democrats, such as Reps. Alexandria Ocasio-Cortez of New York, Cori Bush of Missouri, Ilhan Omar of Minnesota, Rashida Tlaib of Michigan, Jamaal Bowman of New York, as well as their allies, were spotted making the “defund” call in the light of the George Floyd protests that hit the US last summer.

The mash-up clip came as a response to recent accusations from the top presidential adviser Cedric Richmond and White House Press Secretary Jen Psaki, who said that the Republican’s objection to Biden's $1.9 trillion American Rescue Plan, was an illustration that the GOP was pushing to cut law enforcement funds.

The plan, which was signed in law into March without a single vote of support from Republicans, included a provision of $350 billion for state and local governments which could be used for local police funding. The GOP members found Biden’s plan unrealistic, ill-considered and “economically harmful”.

Richmond told Fox News last month that Republicans were “very good at staying on talking points of who says defund the police, but the truth is, they defunded the police, we funded crime intervention, and a whole bunch of other things.”

Psaki then defended Richmond's stance during the White House press conference, saying that “a lot of Democrats who supported and voted for the bill, could help ensure local cops were kept on the beat in communities across the country. As you know, it didn't receive a single Republican vote. That funding has been used to keep cops on the beat”.

Responding to a question from Fox News' Peter Doocy, Psaki could not immediately recall instances of Congressional Republicans calling for the defunding of police, but said that “actions were more important than words”.

The Republican Study Committee has disagreed. The group, led by Rep. Jim Banks of Indiana, released the video alongside a web page listing the Democrats’ calls to defund the police:

"We looked for an example of a Republican official calling for defunding or ‘reimagining’ police, but couldn't find anything," the group said on its website. "Democrats can't say the same - in fact, here are over two dozen examples of when they have."

A majority of cities that in recent years have moved to carve funds for law enforcement agencies have been run by Democrats, including New York and Los Angeles, which has been facing a homelessness crisis in some of its most popular tourist areas.

At the same time, New York City agreed to cut $1 billion from its $6 billion policing bill, while Seattle reduced the 2021 police budget by 20 percent. The America Rescue Plan that did not gain Republican support simply advocated extra federal funds being allocated for state and local governments, so refusing to back the additional subsidies didn't constitute a reduction, according to the Washington Post's Fact-Checker.