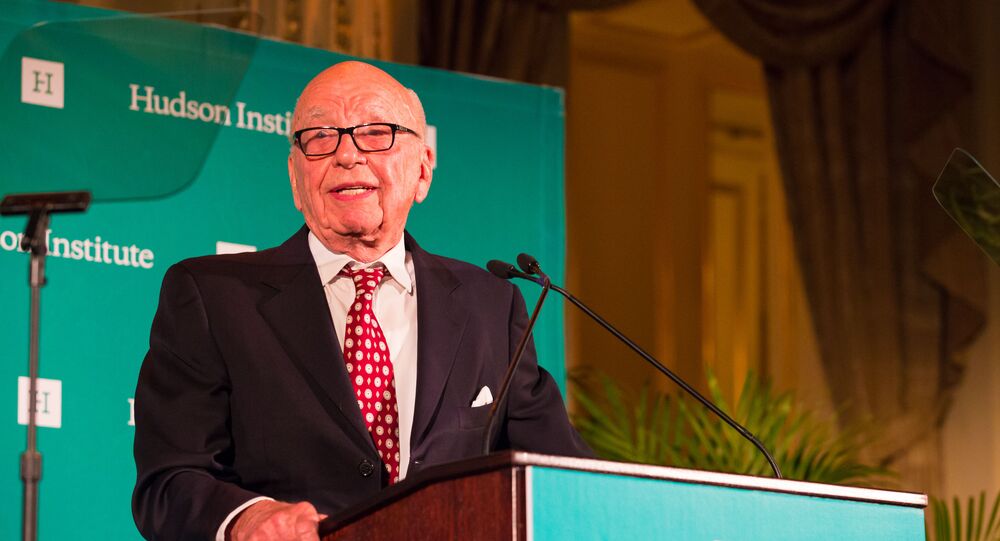 Voters in the US state of Arizona - a historically Republican-majority state - narrowly selected then-Democratic presidential nominee Joe Biden (49.4% of popular vote) over then-US President Donald Trump (49.1% of popular vote), during the 2020 US election. The margin of less than 11,000 votes prompted calls for an audit of Arizona's results.

According to the journalist, who is publishing his third book on Trump, Murdoch pulled the trigger during an apparently casual phone call with his son, Fox Corp. Chief Executive Officer Lachlan Murdoch.

"Lachlan got his father on the phone to ask if he wanted to make the early call. His father, with signature grunt, assented, adding, 'F**k him,'" Wolff wrote in his book.

"Miller involuntarily rose from his seat. 'What the f*ck?' he said out loud, looking around and seeing the still-merry and untroubled faces in the Map Room" of Trump campaign staffers and insiders who believed they were on the fast-track to reelection," the journalist wrote.

Fox was notably the first major network to project Biden as the winner in Arizona.

Later Friday, a Fox News spokesperson rejected Wolff's work as a "completely false" series of events, arguing that electoral projections would not be left up to Murdoch.

"Arnon Mishkin, who leads the FOX News Decision Desk, made the Arizona call on election night and FOX News Media President Jay Wallace was then called in the control room," the spokesperson said. "Any other version of the story is wildly inaccurate."

"What the f---? How can they call this?" Trump exclaimed after hearing Fox News' Arizona projection decision, per the book. "We're winning. And everybody can see we are going to win. Everybody's calling to say that we're winning. And then they pull this?"

Though Wolff will continue to receive pushback from members of both the Trump campaign and administration, "Landslide: The Final Days of the Trump Presidency" is still slated to hit shelves at the end of the month.