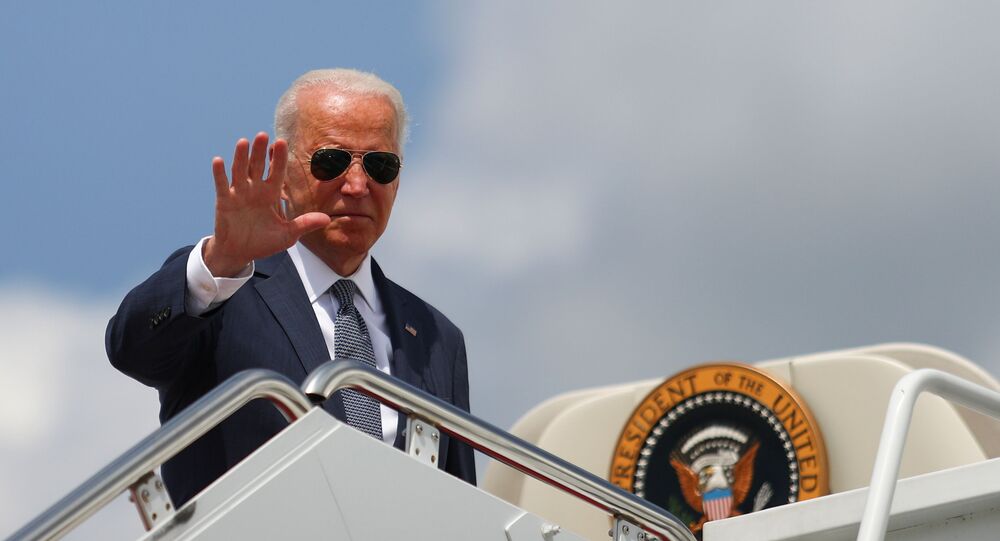 Biden to Take Action in Response to Ransomware Attacks in 'Days, Weeks Ahead,' Senior Official Says

Over the last several months, the US has been hit with several ransomware attacks, with the Kaseya hack serving as the latest and largest to recently emerge. It is believed that the notorious REvil hacking group is behind the cyberattack, which affected thousands across 17 countries, including Sweden, Germany and the Netherlands.

The Biden administration is gearing up to take action in the next few days and weeks in response to the recent Kaseya ransomware attack that is believed to have been executed by REvil, a senior administration official has revealed.

The senior official informed reporters during a telephone briefing that the Biden White House intends to take "necessary action" in the "days and weeks ahead" as a means to protect American infrastructure. However, the unidentified official also underscored that the administration will not be publicly outlining its next steps in the matter.

"I think the President [Joe Biden] was asked today if he expected the United States to take action, to follow up he said 'yes,'" the official told reporters. "We're not going to telegraph what those actions will be precisely, some of them will be manifest and visible, some of them may not be."

"We expect those to take place in the days and weeks ahead," the individual added.

The senior administration official further refused to confirm whether Biden instructed directed attacks on servers that were used by the hacking group.

"That's obviously not something that we would speak to publicly in terms of any specific actions that the president has or hasn't ordered. So I just won’t speak to those operational questions in detail," the official said.

Although an earlier Kremlin readout of conversations between Biden and Russian President Vladimir Putin stated no requests have been made over the last month for Russia to clamp down on cybercriminals, the senior official told reporters that the US has "relayed multiple specific requests for action."

The latest remarks came hours after Biden and Putin held a phone conversation in which Biden indicated that the US would "take any necessary action to defend its people and its critical infrastructure," as cyberattacks have continued to plague American companies. Shortly after the call, Biden relayed to reporters that he felt "optimistic" about the current situation.

Ahead of the Kaseya strike, the US was dealt a blow with hacks against both major meat producer JBS and the Colonial Pipeline, the latter of which prompted widespread gas shortages along much of the US East Coast. As a result of the incidents, Biden issued a directive that made it a requirement for companies to report any cyberattacks to federal authorities.

US Wants Cybersecurity Boost Against Ransomware Attacks After Colonial Hacking

Russia, US Have First Contacts on International Cybersecurity