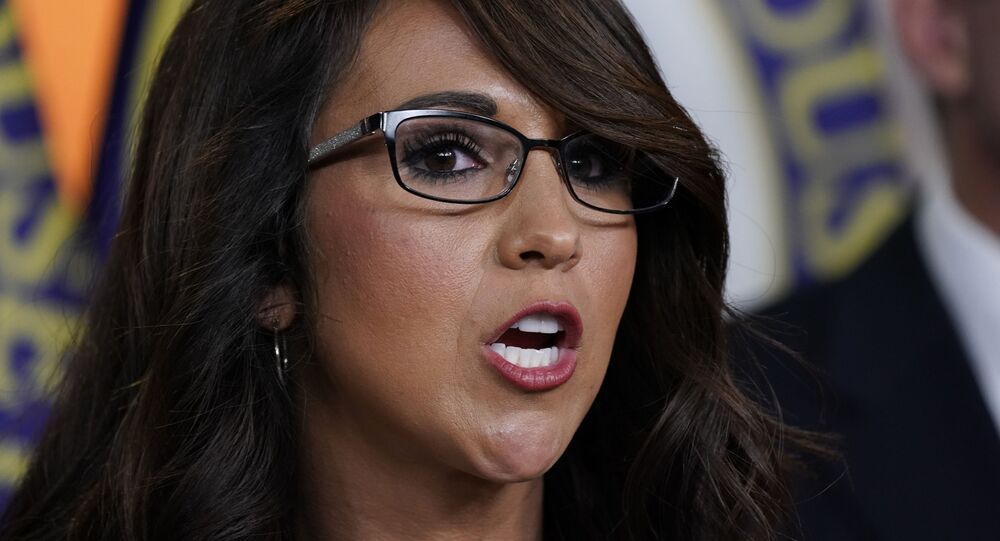 Lauren Boebert, a US Republican congresswoman, has made a controversial reference to Hitler's Germany regarding the federal government's deployment of teams to bolster vaccination efforts in the country.

After tweeting a video of White House Press Secretary Jen Psaki discussing the deployment of one team to Mesa Country, Colorado – apparently located in Boebert’s district – Lauren declared that "Biden has deployed his Needle Nazis."

"The people of my district are more than smart enough to make their own decisions about the experimental vaccine and don’t need coercion by federal agents," she stated. "Did I wake up in Communist China?"

Biden has deployed his Needle Nazis to Mesa County.

The people of my district are more than smart enough to make their own decisions about the experimental vaccine and don’t need coercion by federal agents.

Did I wake up in Communist China? pic.twitter.com/gKXzogwM2C

​Many social media users, however, did not seem particularly amused by Boebert’s tweet and were quick to give her a piece of their mind.

God forbid people should get vaccinated to stay healthy and alive. What horrible people want people to live?

Who better to listen to than Bobo? pic.twitter.com/mmZ6j5koFh

Congrats: you’re a finalist for a Darwin Award 🏆

As the Jewish Telegraph Agency points out, this isn’t the first time Boebert has used a fascist reference; in January she used the term "brown shirts" (the uniform of the Nazi SA) regarding the public health measures implemented by Colorado Governor Jared Polis who, the media outlet notes, is Jewish.

"Here in Garfield County where my restaurant is, restaurants are closing once again because Governor Polis has sent his Brown Shirts in to make sure everyone shuts down," she told a local radio station.