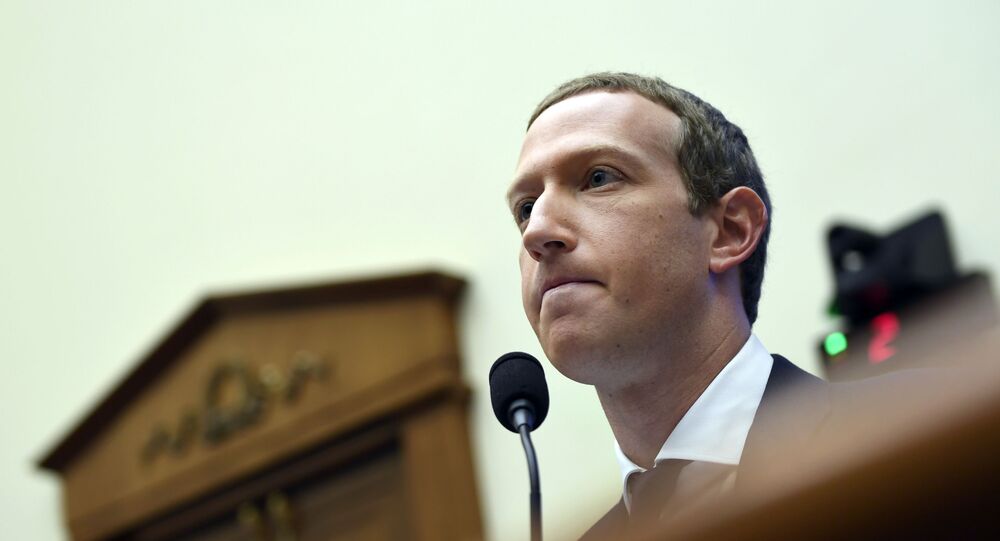 Facebook’s CEO Mark Zuckerberg emerged as a surprising backer of America’s former president Donald Trump in 2019 when the two met in the White House. But Facebook ended up suspending Trump for two years over claims that he incited the 6 January storming of the US Capitol.

The New York Times cited extracts from the upcoming memoire to reveal claims that Facebook’s Chief Operating Officer Sandberg, a devoted Democrat, was left “burning with humiliation” as she was forced to defend some of the platform’s policies that seriously angered liberal critics.

In particular, Sandberg and Zuckerberg diverged on how Facebook should react to a doctored video showing US House Speaker Nancy Pelosi slurring her words. Sandberg, who met with Pelosi on a number of occasions and assured the speaker that Facebook was on the right track with its content regulations, apparently was not happy with Zuckerberg’s refusal to take the clip down.

Zuckerberg, who on the other hand signalled his endorsement for Trump when they met in the Oval Office in September 2019 and reportedly a month after, was trying to make sure that his platform was not biased against conservatives. According to the book, he was not happy with Sandberg’s “public relations related to election interference” and Cambridge Analytica scandal, as it was unleashed in March 2018 that the political consulting firm working for Trump used the data of Facebook users for political targeting.

The difference in views eventually led Zuckerberg to take charge of some political decisions previously delegated to Sandberg, the book claims. The two then drifted apart despite trying to give an impression of close personal and official relations.

“The Trump era tested a central relationship at Facebook – between Ms. Sandberg and Mr. Zuckerberg – and she became increasingly isolated,” the excerpt claims.

Zuckerberg “is concerned about the company’s position in the world, but he generally is less swayed by Ms. Sandberg’s view, or anyone else’s,” the book adds.

Facebook Spokeswoman Dani Lever responded to the report by slamming the book’s “false narrative.” She maintained that Sandberg’s role in the company “has not changed” with time.

"The fault lines that the authors depict between Mark and Sheryl and the people who work with them do not exist," Lever argued, adding that the excerpts were “typical of attacks on women leaders."

Zuckerberg and Sandberg were spotted waking together on Thursday at the Sun Valley Lodge in Idaho shortly after the book’s extracts were unleashed.