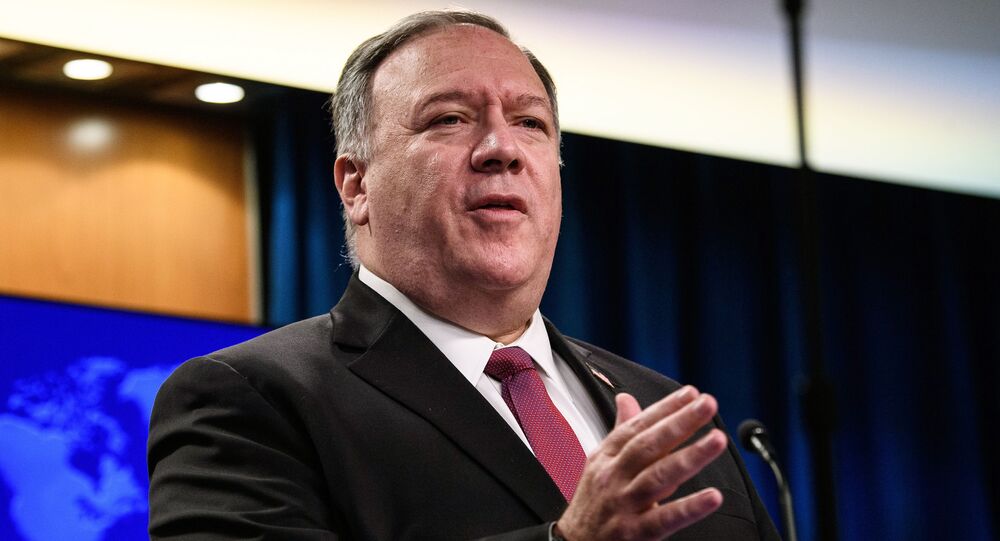 Excerpts from the book by Michael Bender of the Wall Street Journal, titled ‘Frankly, We Did Win This Election: The Inside Story of How Trump Lost’, which is to be released in stores on 13 July, have been offering insights into "Trump's life in the White House, the two impeachment trials and Trump's failed attempt to win a second term".

As a “volatile” Donald Trump continued to push claims of wide-spread election fraud after the November 2020 presidential elections, then-Secretary of State Mike Pompeo had reportedly voiced apprehensions that foreign adversaries might seek to exploit the situation.

According to the first official WSJ excerpt of the book “Frankly, We Did Win This Election: The Inside Story of How Trump Lost,” by Wall Street Journal reporter Michael Bender, Pompeo had responded to the claims of vote-rigging, ascribed to by the-then POTUS and his allies, by telling a colleague “The crazies have taken over.”

First nugget from my new book, “Frankly, We Did Win This Election: The Inside Story of How Trump Lost,” via @PunchbowlNews:

Sean Hannity scripted a TV ad for Trump in final weeks of the race & the campaign paid $1.5 million to air it on his Fox show.⁩https://t.co/WjgLIOFbrA pic.twitter.com/lfIEiIDJS6

​Furthermore, writes the book’s author in a piece for the outlet, Pompeo voiced fears that Donald Trump, who refused to acknowledge his election loss to Democrat Joe Biden, might consider engaging in an international conflict as a gambit to remain in office.

Trump’s legal team, including then Trump lawyer Rudy Giuliani, attorney Sidney Powell, and lawyer Lin Wood, had filed a flurry of lawsuits in states, asking courts to cast aside votes for Joe Biden, citing voting irregularities, only to have them thrown out.

Back in November 2020, Mike Pompeo himself had quipped:

“There will be a smooth transition to a second Trump administration,” during a news conference, as mainstream media cited election returns as showing Joe Biden had won.

When pressed further, at one point Pompeo referred to the importance of counting “every legal vote”.
“When the process is complete, there will be electors selected. There’s a process. The Constitution lays it out pretty clearly.”

Throughout Donald Trump's tense final weeks in office, according to the book, Mike Pompeo organized daily calls with Chairman of the Joint Chiefs of Staff Gen. Mark Milley and White House chief of staff Mark Meadows.

The 45th POTUS is described as having railed against Attorney General Bill Barr, who had backtracked on his previous doubts about mail-in ballots. Barr stated on 1 December to an AP reporter that the Department of Justice (DoJ) had not seen fraud "on a scale that could have affected a different outcome in the election".

Trump is claimed to have secretly offered Barr's position to his ally - Director of National Intelligence John Ratcliffe in mid-November. However, Ratcliffe, “expected to refute” assessments that there had been no external hacking into voting machines - a theory adhered to by some of Donald Trump’s allies – rejected the offer, claims the author of the book.

Amid a flurry of last-ditch personnel reshuffles inside the Pentagon, Trump and Meadows were purportedly personally reaching out to state and local election officials overseeing vote counts, urging them to look into election fraud claims.

“The crazies have taken over.” The first official WSJ excerpt of @MichaelCBender’s book on the turbulent final year of the Trump presidency. https://t.co/WOqhSfR918 Which, as always, you can pre-order here: https://t.co/5gnb6u9JBx

​To date, Donald Trump maintains that the recent audits in swing states will vindicate his claims about the 2020 election being "stolen" from him. He was referring to an independent audit of 2.1 million ballots from Maricopa County, as well as a push to review the results in states including Michigan, Georgia, Pennsylvania, and Wisconsin, according to Politico.

"The facts are rapidly coming out in states and courts about the 2020 presidential election scam, and let's see if Bill Barr, a man who was unable to handle the pressure, was correct? The answer will be a resounding no!" the former president said on 29 June.