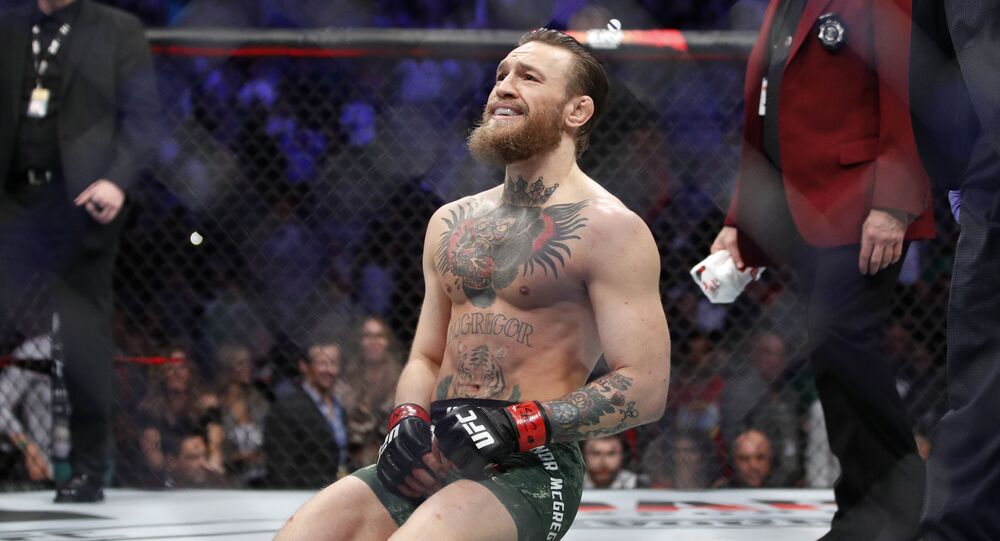 Along with the former president, many celebrities, including Justin Bieber, Megan Fox, Machine Gun Kelly, Mel Gibson, and Kevin Durant are anticipated to attend the bout, Conor's first in Vegas since January last year's triumph over Donald Cerrone.

Ex-US President Donald Trump is expected to attend this weekend's UFC 264 fight in Las Vegas' T-Mobile Arena, where one of his vocal supporters, Conor McGregor, will face off against Dustin Poirier, TSN reported on Thursday.

White and Trump reportedly share a long history of business relations, as in the early days of the UFC, Trump offered White his casinos as a venue for fights.

Earlier this week on his official Twitter page, White posted a promo video for McGregor's upcoming rematch against Poirier.

If you don't know, now you know.@DustinPoirier vs @TheNotoriousMMA is LIVE SATURDAY on @ESPNPlus PPV! #UFC264 pic.twitter.com/AurGNBYCed

​Trump's likely attendance could be explained by the fact that the Irish mixed martial artist publicly endorsed the then-president in January 2020.

Phenomenal President. Quite possibly the USA 🐐. Most certainly one of them anyway, as he sits atop the shoulders of many amazing giants that came before him. No easy feet.
Early stages of term also.
Incredible.
Congrats and Happy Martin Luther King Jr. day America 🇺🇸❤️🇮🇪

​The famous rematch of the 2014 bout, which had been won by McGregor, took place on January 24 on the well-known Fight Island in Abu Dhabi, UAE. The Irishman lost to the American fighter in the second round by TKO.