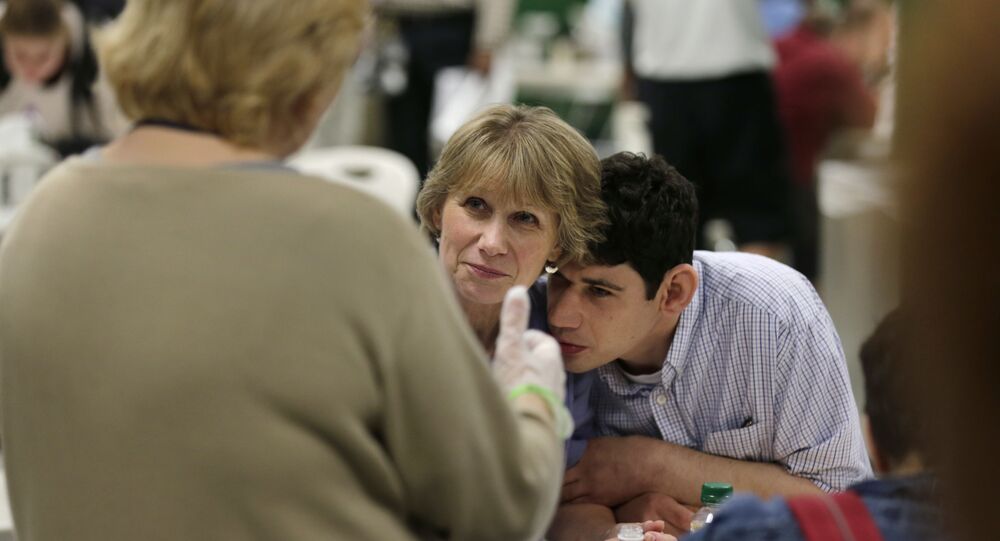 US Court OKs Use of Electric Shock Devices on People With Mental Disabilities, Overturning FDA Ban

In March 2020, the US Food and Drug Administration (FDA) issued a federal ban on electrical stimulation devices (ESDs) used by a Massachusetts special needs school to condition students into changing behavior deemed self-injurious or aggressive. The FDA's decision followed a yearslong legal battle between the school and the state of Massachusetts.

The US Court of Appeals for the District of Columbia, in a 2-1 decision on Wednesday, overturned the FDA's 2020 ESD ban, virtually granting the Judge Rotenberg Educational Center allowance to resume delivering electric shocks to both child and adult students at the facility.

The court's opinion emphasized that states, rather than the federal government, have been traditionally granted the right to regulate the practice of medicine in their jurisdiction. Citing this precedent, Appeals Judges David Sentelle and Gregory Katsas argued that the FDA would have to first seek authorization from US Congress regarding the explicit conditions in which a physician can use ESDs.

"The FDA has no authority to choose what medical devices a practitioner should prescribe or administer or for which conditions," read their opinion.

© AP Photo / Charles Krupa
In this Aug. 13, 2014 file photo, a therapist checks the ankle strap of an electrical shocking device on a student during an exercise program at the Judge Rotenberg Educational Center in Canton, Mass. The student, who was born with a developmental disorder, wears the device so administrators can control violent episodes.

The Judge Rotenberg Educational Center in Canton, Massachusetts is the only known US school still using the devices, and was explicitly named in the FDA's self-admittedly "rare" ban. Prior to the 2020 federal decision, the school had been using ESDs to curb so-called "self-injurious or aggressive behavior" in their students, who have intellectual or developmental disabilities, for almost 30 years.

Over those decades, video footage has emerged showing students, some of them minors, being repeatedly shocked by electrodes attached to their skin, despite their cries for help, or vows to change their behavior. In some cases, students were shocked while strapped down to a four-point board that restricted their limbs.

It is worth noting that despite the 2020 federal ban on ESDs, at least 55 individuals of the 300-person student body still received electric shocks due to a federal stay on the matter amid the COVID-19 pandemic.

Chief Judge Sri Srinivasan rejected his colleagues' assertions in a dissenting opinion, arguing that the US Federal Food, Drug, and Cosmetic Act grants the FDA regulatory authority over medical devices, particularly if the public health risk is high.

The dissenting judge also highlighted that, since the introduction of ESDs, a number of alternative treatments, with lower risks, have been adopted within the facility's field.

The Judge Rotenberg Educational Center, represented by attorney Michael Flammia, applauded the court's decision and asserted that electric shocks are only delivered as "a treatment of last resort" for individuals who do not respond to other treatments.

"With the treatment, these residents can continue to participate in enriching experiences, enjoy visits with their families and, most importantly, live in safety and freedom from self-injurious and aggressive behaviors," read the statement provided to local outlet WCVB.

On the other hand, critics of the practice have labeled it a form of torture that can easily be abused in situations when a student is acting out, but not behaving in an aggressive, or self-injurious manner.

Shain Neumeier, an attorney who represented a number of former students, told the Boston Globe that, in reality, family members are not typically aware of the extent to which ESDs are used.

The school has claimed otherwise.

"State legislators need to end funding, if the court system is unwilling to put an end to this barbaric practice," Neumeier said.