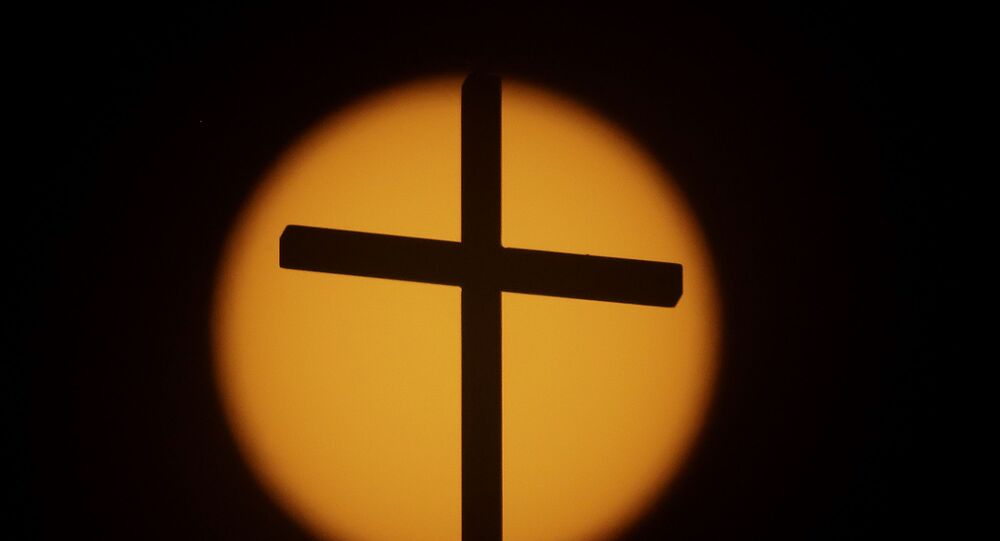 It is unclear if the man was acting under the influence of alcohol or drugs, or if he was suffering from any mental issues. Despite his daring attempt at an unconventional escape from law enforcement, he was eventually apprehended.

People living near a church in Los Angeles' Boyle Heights witnessed a bizarre police chase last night, after an unidentified man wearing nothing but shorts and socks (or one sock, according to some accounts) tried to set one of the building's crosses on fire using a flare and attempted to knock down another.

The shorts-clad man's efforts, however, proved to be futile - neither of the crosses fell in the attacks and he was forced to retreat from his losing battle.

What transpired next looked like a bad parody of the famous District 13 movie – the man tried to escape by jumping from roof to roof, falling and sometimes nearly sliding down, but still trying to outpace law enforcement officers, who were monitoring his movements from a police helicopter above. At one point, the man grabbed a utility line and tried to cross over to another building via it, but apparently realised he wouldn't be able to make it and turned back.

And then he started jumping between buildings! pic.twitter.com/NMjXiAnItc

The unlucky arsonist/traceur was arrested outside a residential building soon afterwards. It is unclear what drove him to try to topple the Christian symbols on the church's roof. It is also unknown whether the man, who reportedly threw his clothes at the law enforcement officers below, was suffering from mental illnesses or under the influence of substances.