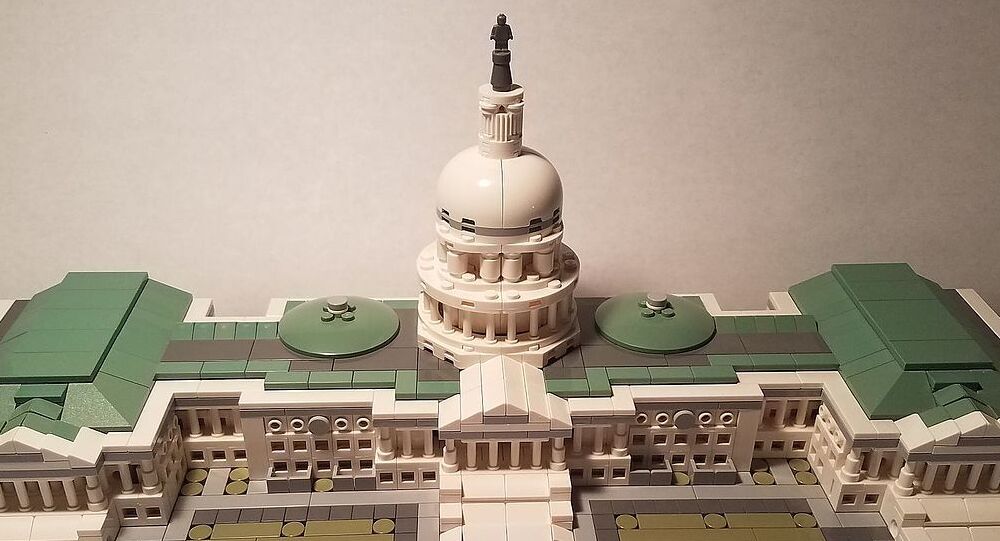 Federal Bureau of Investigation (FBI) agents have seized a "fully constructed US Capitol Lego set" from a Pennsylvania man indicted last month for his role in the deadly Capitol riots, according to court documents obtained by the news outlet Smoking Gun.

Robert Morss, 27, is accused of leading fellow rioters in what prosecutors said was "one of the most intense and prolonged clashes" with police officers on 6 January.

The court filing did not clarify whether federal investigators believe that Morss used the 1032-piece Lego set to help plan the Capitol insurrection.

There is literal a Lego set of the capitol building that Lego sold as part of their architecture line. The guy is getting dragged because he bought some legos a while ago. It’s ridiculous. pic.twitter.com/6oMk45cDXQ

According to the documents, the feds also seized other potential items of evidence from the suspect's home, including a "Don't Tread on Me" flag, "writings that included "Step by Step To Create Hometown Militia'", and a military utility bag.

Prosecutors claimed that Morss was wearing tactical gear and a "MAGA" hat as he led other supporters of then-US President Donald Trump, who were trying to breach the Capitol's Lower West Terrace. The 27-year-old, who earlier worked as a substitute teacher, reportedly "came prepared for violence and then repeatedly led the violent mob attacking".

The court filing singled out videos taken on 6 January that showed Morss fighting police officers and organising fellow pro-Trump rioters into a "wall" using shields that had been ripped away from officers.

In one of the clips, Morss was heard screaming: "Hey, everyone with a shield, back up and organise! Make a shield wall! Organise right now and make a shield wall. Where are those [expletive] shields!"

On 6 January, hundreds of Trump supporters besieged the US Capitol to stop Congress from certifying the results of the 3 November 2020 presidential election.

© REUTERS / Shannon Stapleton
Mike Pence Has No Idea If He and Donald Trump Will 'Ever See Eye to Eye' on Capitol Riot
The attack claimed the lives of at least five people, also resulting in widespread damage and vandalism.

Then-President Trump, via his now-suspended Twitter account, later urged his supporters to go home. He was then impeached for an unprecedented second time over accusations of "incitement of insurrection".

Trump's second impeachment trial in the US Senate, which he calls a "hoax" and a "witch hunt", came to an end on 13 February after only 57 US Senators voted to convict the ex-president.