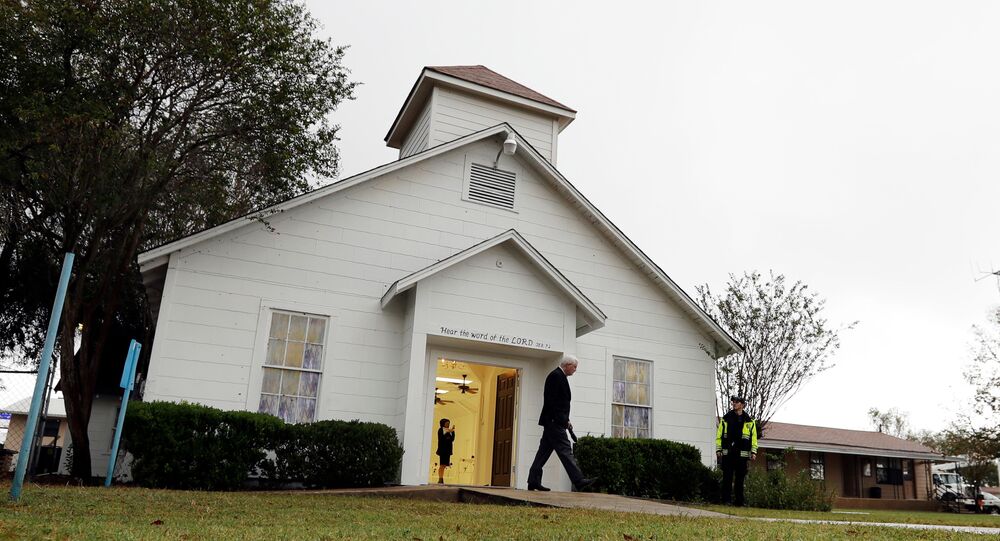 The November 2017 shooting at the First Baptist Church in Sutherland Springs, Texas, claimed the lives of 26 individuals, effectively becoming the deadliest mass shooting in the state’s history. The gunman, who killed himself after the attack, was later identified as a former service member with the US Air Force.

The US Air Force is mostly to blame for the deadly Texas church shooting that unfolded in late 2017 after officials failed to enter the shooter’s criminal history into a federal database used for gun purchases, a federal judge ruled on Wednesday.

The ruling was declared by US District Judge Xavier Rodriguez for the Western District of Texas, and came in response to a civil lawsuit that had been filed by survivors and relatives of the 26 shooting victims.

Rodriguez outlined in his decision that the military branch was “60% responsible” for the deaths and injuries that emerged, underscoring that the US Air Force failed in adhering to federal background check guidelines.

Devin Kelley, who was identified as the gunman, served about five years in the US Air Force. He was booted from the service in 2014 for bad conduct after he was convicted on two counts of domestic assault on his former wife and her child. Kelley was subsequently ordered to serve one year in military jail, with officials also reducing his military rank.

At the time, Kelley had been serving in the Logistics Readiness at Holloman Air Force Base in New Mexico between 2010 and 2014.

The outcome of Kelley’s sentencing should have prohibited him from ever legally purchasing a firearm in the US; however, his felony conviction was never entered into the National Instant Criminal Background Check System, which is tapped by firearm sellers to review whether an interested buyer is eligible to buy a gun.

In the US, any felony conviction bars individuals from owning a firearm. Kelley managed to purchase a rifle in April 2016. It would be the same firearm he would later use to carry out the 2017 church attack.

“The trial conclusively established that no other individual - not even Kelley’s own parents or partners - knew as much as the United States about the violence that Devin Kelley had threatened to commit and was capable of committing,” the judge wrote, touching on Kelley’s history of violence, ill-behavior toward women and interest in firearms.

“Moreover, the evidence shows that - had the government done its job and properly reported Kelley’s information into the background check system - it is more likely than not Kelley would have been deterred from carrying out the church shooting.”

It’s worth noting that the US Air Force had acknowledged early on after the shooting unfolded that it had not submitted Kelley’s criminal history to the federal database, as is required by the US Department of Defense.

The presiding judge granted the US government 15 days to come to terms on a settlement plan for the survivors and victims’ families.