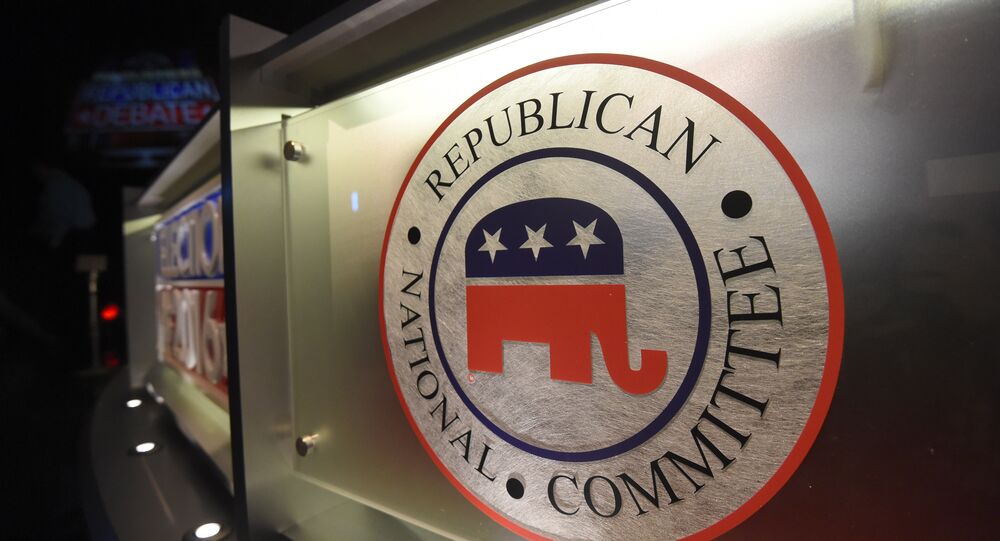 Some US media outlets earlier claimed that a hacker group known as "APT 29" and "Cozy Bear", allegedly linked to the Russian government, were responsible for the attack. The Kremlin has dismissed the allegations as "sorts of fairy tales" made up to prevent the stabilisation of Russia-US relations.

The Biden administration is carrying out an investigation into cyberattacks on Republican National Committee computers, White House spokeswoman Jen Psaki stated. The FBI and several other federal agencies are in touch with the RNC as they look into the matter, the spokeswoman added. She noted that Washington's investigation into who is responsible for the attempted hack is still ongoing.

Jen Psaki further noted that President Joe Biden, who is currently in Illinois, had been briefed on the matter of the recent ransomware attacks in the country and the efforts made to handle them.

Biden met with representatives of the Department of Justice and the Department of Homeland Security to discuss the recent cyberattacks by a group known as REvil that affected between 800 and 1,500 companies in the world. After the meeting, Biden said that the US would be sending a message to Russia, where REvil is believed to be based, but did not clarify what this would be.

The White House press secretary, however, gave some insights during a presser:

"The cybersecurity community agrees that REvil operates out of Russia with affiliates around the world. If the Russian government cannot or will not take action against criminal actors residing in Russia, we will take action, or reserve the right to take action on our own", Psaki said.

Previously, Bloomberg reported that "Russian government hackers" had breached RNC computers via the third-party IT service provider Synnex. The service provider said that hackers had attempted to access some of its customer's applications within the Microsoft cloud environment, but did not specify whether this affected the RNC. The Republican National Committee said that it had not detected any successful hacking attempts or resulting data leaks. The RNC was notified about Synnex's issues and immediately cut off the company's access to the committee's cloud services.

The allegations of Russian government involvement in the suspected cyberattack were denied by Kremlin spokesman Dmitry Peskov and Russian Deputy Foreign Minister Sergei Ryabkov. Peskov said that Moscow has no information regarding the attack, while Ryabkov suggested that the US media report was a lie designed to hurt US-Russian relations.

"Therefore, all sorts of fairy tales are invented, all sorts of stories are told, which have no grounds, and reasons for the emergence of such stories simply do not even exist. Nevertheless, all this continues", the deputy foreign minister said.

Back in 2016, the Democratic National Committee (DNC) also claimed that a hack of its servers, which resulted in the publication of their contents on WikiLeaks, was carried out by Russian hackers with the aim of helping Donald Trump win the election. The Democrats further alleged that the Trump campaign had conspired with Moscow to have DNC files stolen and published.

Russia strongly denied the accusations, while a lengthy probe by Special Counsel Robert Mueller showed no signs of the Trump campaign colluding with the Kremlin. Furthermore, WikiLeaks also denied receiving the files from the Russian government or anyone connected to it.

FBI Investigating as Victims of Ransomware Hack Spread Across the Atlantic