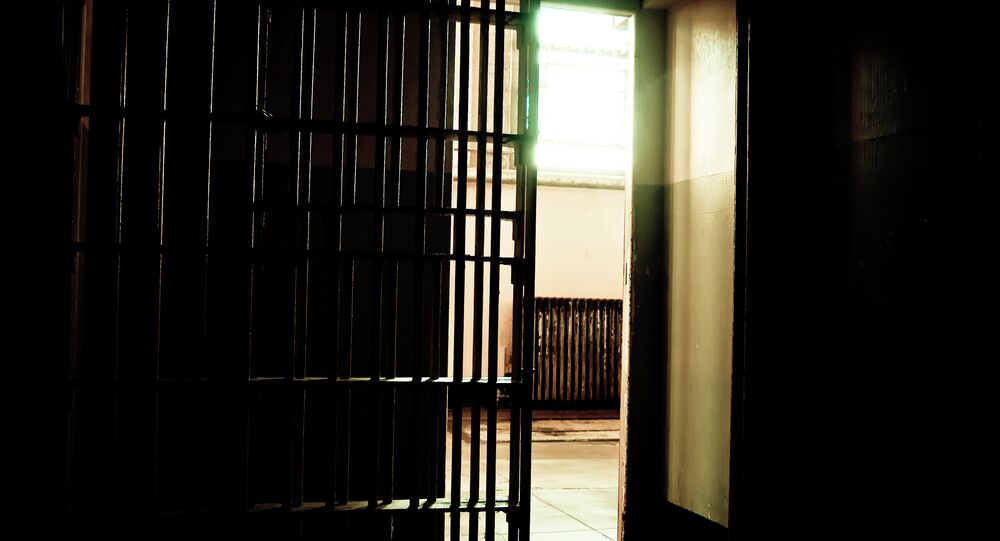 Good on Paper, Complicated in Reality: Is Biden on Track to Abolish Death Penalty in the US?

Attorney General Merrick Garland announced on 1 July that the Department of Justice had imposed a moratorium on the death penalty at the federal level, adding that the protocols put in place by his predecessor, William Barr, would be reviewed. What's behind the move and will it bring any meaningful changes to the US legal system?

The Biden administration's decision to put a moratorium on capital punishment is being depicted as yet another reversal of the policies conducted by their predecessors, who carried out 13 executions between July 2020 and January 2021. However, the DoJ announcement does not mean that capital punishment has been ended or that federal prosecutors are now prohibited from seeking the death penalty for certain crimes.

It's Up to US Supreme Court to Strike Death Penalty Down

"President Biden is the first president who has openly campaigned as being in favour of abolition of the death penalty", says Professor John Blume, director of the Cornell Law School Death Penalty Project, who has represented more than 100 death-row clients over 37 years. "This is the first thing they've really done in that regard. So, in many ways it's important both in the message that it sends, but it's clearly not the end of the American death penalty or even the federal death penalty. This puts a pause on executions as we're not going to execute anybody".

The Biden election campaign's plan for "strengthening America's commitment to justice" included a vow to pass legislation ending the death penalty on the federal level as well as to "incentivise states to follow the federal government's example".

While glad that the president opted for the historic decision, Blume doesn't think it's enough: "I do anticipate there will be more", he highlights.

Indeed, while Joe Biden's initiative looks good on paper, one should bear in mind that neither the president nor the US Congress has the power to strike down the death penalty from US statutes entirely, explains Robert Blecker, a professor emeritus of criminal law and constitutional history at New York Law School.

On the other hand, the president's decision to commute federal death penalty sentences will cover only a small portion of those in the United States who are on death row, the NYLS professor explains. In fact, Biden will only be commuting about 50 out of 2,500, i.e. just 2 percent, while the other 98 percent of cases depend on the states individually, according to him.

Does the Death Penalty Really Have a Deterrent Effect?

The debate over whether the death penalty serves as a meaningful deterrent is still going on. While capital punishment proponents insist that abolishing the death penalty leads to higher crime rates, Amnesty International, a UK-based international non-governmental organisation, refers to a number of studies conducted in the US and Canada showing that this is not the case.

To illustrate his point, the professor recalled a case, which he dubbed "anecdotal" and "individual", where some killers admitted that they avoided murdering people in Virginia or Maryland where the death penalty is still in place, but had no scruples about killing in Washington, DC, as the latter had replaced capital punishment with life without parole.

"Whether crime rates are going up or down really probably has nothing to do with capital punishment, has more to do with other sort of factors in society", argues John Blume. "And so there has been a slight rise in violent crime recently, but the rate of violent crime in the United States is still way below what it was in the 90s when the death penalty was up and running in full force".

According to Pew Research's latest survey, 63 percent of Americans believe the death penalty does not deter people from committing serious crimes.

Currently, capital punishment is authorised in 27 states, with three of them, Oregon, Pennsylvania, and California having governor-imposed moratoriums on the measure. Meanwhile, a whopping 23 states have legislatively abolished the death penalty, replacing it with a sentence of life imprisonment without parole.

"I think what we've seen over the last 15 years or so is a trend of states moving away from capital punishment, either completely today, repealed like happened in a number of states, New Mexico, New Jersey, most recently Virginia, or even if they had the death penalty, very few people are being sentenced to death and executed", says John Blume.

He notes that even in Texas and other states, where there have been active executions over the last decade, the number of new death sentences and executions is down. The professor expresses hope that the trend will continue.

For his part, Robert Blecker draws attention to the fact that when it comes to the most heinous crimes, the American public still supports the death sentence. A June 2021 Pew Research study found that most Americans favour capital punishment, despite 78 percent admitting there is some risk of innocent people being put to death. 60 percent of US adults favour the death penalty for people convicted of murder, while 39 percent of respondents oppose it.

"The public view is not necessarily translated into legislation because the legislators seem to be more anti-death penalty than the public", Blecker remarks.

In any event, when it comes to crimes punishable by death standards for jury selection and the burden of persuasion should be higher in capital cases, The NYLS academic believes: "You should have no residual or lingering doubt that he did it or she, and furthermore, you should be convinced for a moral certainty that he or she deserves it", he stresses.

Unfortunately, the aforementioned requirements are not usually met, according to John Blume.

"The way the death penalty was advocated for in the 1970s after the Supreme Court struck it down in 1972 was what we need to have the ultimate punishment for the worst of the worst offenders", he says. "And I think what we've seen now over the last 50 years is that's really not what happens. You don't get the death penalty for committing the worst crime. You generally get it for having the worst lawyer".

Meanwhile, the pending Dzhokhar Tsarnaev case could become a litmus test for the Biden administration. On 15 June, Joe Biden's DoJ urged the US Supreme Court to reinstate the original death sentence for the Boston Marathon bomber.

On 15 April 2013, two bombs planted by Dzhokhar and his elder brother Tamerlan – who later died in a gun battle with police – claimed the lives of three and injured over 260 during an annual marathon race in Boston, Massachusetts.

According to media reports, Dzhokhar told investigating authorities that he and his brother had been motivated by the American invasions of Iraq and Afghanistan, adding that they had been self-radicalised and never belonged to any international terrorist cell.

While the death penalty has been banned by Massachusetts courts since 1984, Tsarnaev is the subject of a federal court. A jury sentenced him to death by lethal injection in 2015, but in July 2020, the three-judge panel of the 1st US Circuit Court of Appeals overturned the death sentence, under the pretext that the judge who oversaw the case had failed to adequately screen jurors for potential biases.

However, the DoJ now argues that the federal appeals court "improperly vacated the capital sentences recommended by the jury in one of the most important terrorism prosecutions in our Nation's history".