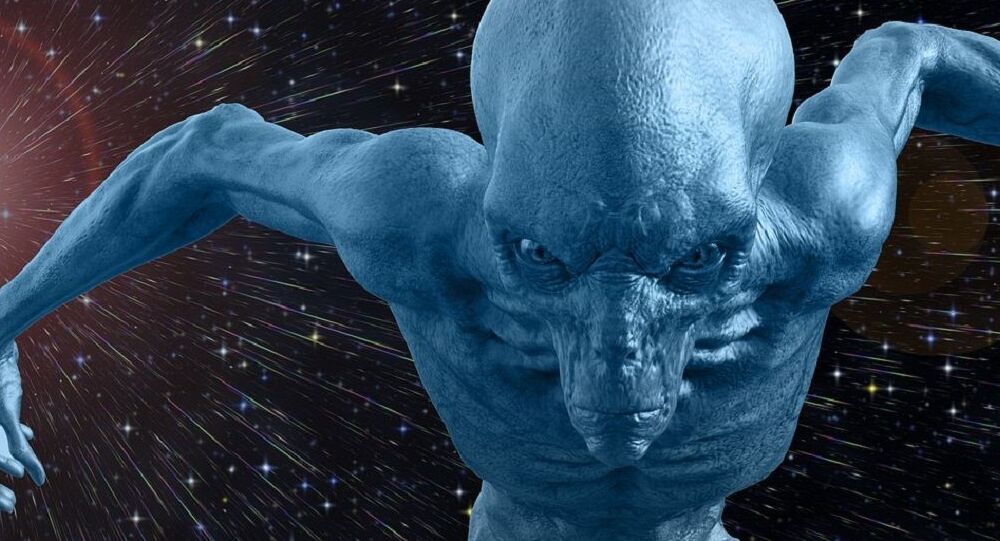 An unclassified version of the Pentagon's report on so-called Unidentified Aerial Phenomena (UAP) was released on 25 June. The document reveals that more than 140 instances of UAP sightings spotted by US Navy pilots over the years are beyond the government's explanation.

US lawmaker Andre Carson (D-IN) has called on Congress to hold an array of hearings on reported sightings of "unidentified flying objects" (UFOs), also referred to as "unidentified aerial phenomena" (UAP) or "anomalous aerial vehicles" (AAVs).

Carson currently serves as chairman of the House Intelligence Subcommittee on Counterterrorism, Counterintelligence, and Counterproliferation.

In an interview with CBS News' "Face the Nation" on Sunday, he insisted that additional probes are needed because the newly unclassified Pentagon report on UAP was largely "inconclusive" about the origins of more than 140 such objects.

"My hope [...] is that we will have a series of hearings and possibly a public hearing in the very near future", Carson said without giving a specific timeline related to the gatherings.

Referring to the Department of Defence (DoD) report, he said: "What we do know is that […] there have been nearly 150 sightings", with 80 of those incidents "detected with some of the best technology the world has ever seen".

Carson stressed that officials "can't rule out something that's otherworldly", but added it was possible in only a "very small percentage" of cases.

US Navy pilot whose plane filmed the famous "tic-tac" UFO footage has revealed how his weapons system was disabled during the eerie encounter.

The lawmaker pointed out that this possibility should be of particular concern to US officials, which is why additional investigations should be conducted.

"We don't want our adversaries to have […] a technological advance over us in terms of what they can do with their capabilities", he said, adding it is "curious that many of these sightings have occurred around many" American "military assets, […] naval bases […] and military installations".

The congressman also claimed that it would be "arrogant to say that there isn't life out there".

"If it is otherworldly, we have to take into account our advancements in terms of our cellphone technology and why aren't these images being captured? We have to think about the nearly 4,000 satellites that are orbiting the Earth right now. Most of those satellites have cameras attached to them. Why hasn't any of that information been released?", he said.

The comments came after the much-anticipated Pentagon report, made public on 25 June, revealed that 143 of 144 UAP-related reports since 2004 remain beyond the US government's explanation, and that extraterrestrials haven't been ruled out as a potential origin.

© CC0
Pentagon UFO Report Ignites Concerns Over Possible ‘Challenge to US National Security’
Titled "Preliminary Assessment: Unidentified Aerial Phenomena", the nine-page document published by the Office of the Director of National Intelligence (ODNI) is intended to provide Congress with a glimpse into how the government would handle a more complete report on UAP.

The publication of the report was preceded by a host of leaked photos and footage from the US Navy showing what resembled mysterious UFO-like objects flying over American airspace.

In August 2020, the Pentagon launched a special task force to meticulously look into UAP under then-Deputy Secretary of Defence David Norquist. The DoD emphasised at the time that they "take any incursions by unauthorised aircraft into our [Pentagon] training ranges or designated airspace very seriously", pledging to "examine each [such] report".