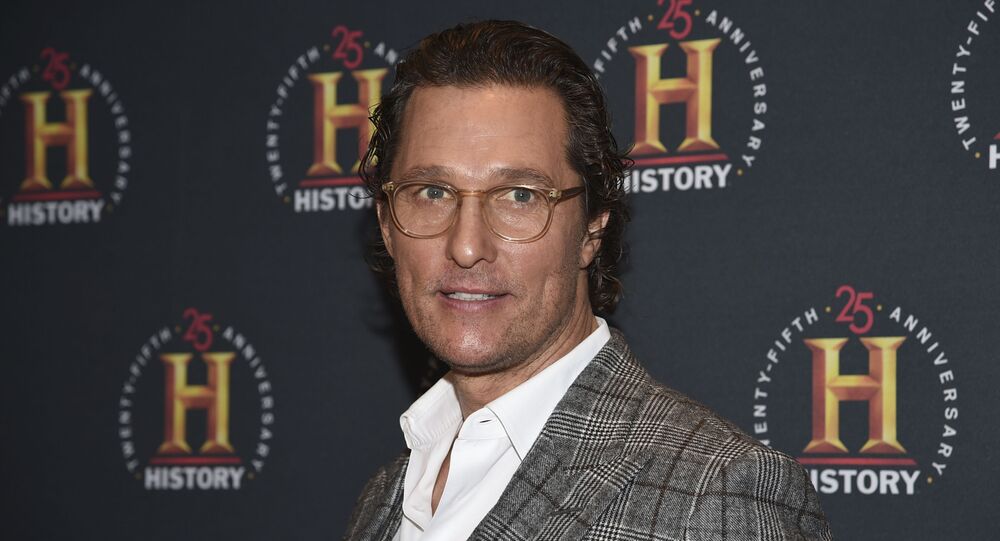 US is 'Going Through Puberty': Matthew McConaughey Congratulates Americans on 4th of July

The star of "True Detective", "Interstellar", "Dallas Buyers Club", and other iconic films and shows is known for his quirky yet inspirational public statements - and his greeting to fellow Americans on Independence Day is in accordance with the special McConaughey style.

Famous actor Matthew McConaughey congratulated Americans on the 4th of July in his unique, bizarre manner, saying in a video posted on Twitter that the US is "basically going through puberty", but also reassuring that the future of the country is bright.

"Happy Birthday, America. Yes, indeed... As we celebrate our independence today, as we celebrate our birth as a nation, the day that kick-started a revolution to gain our sovereignty, let's admit that this last year, this trip around the Sun, was also another head-scratcher", the superstar said.

“Why? Because the alternative sucks! I believe that America and you and I — I believe that we're an aspiration", he said. "Let's rock, America. Happy birthday, just keep livin', I'll see you there".

The holiday address, however, might be more than just an inspiring statement about unity, since McConaughey previously considered running for governor of Texas next year. According to a recent poll, at least 45 percent of registered voters in the state would definitely vote for the movie star - which is much greater than the support for incumbent Governor Greg Abbott, who was backed by only 33 percent of respondents.