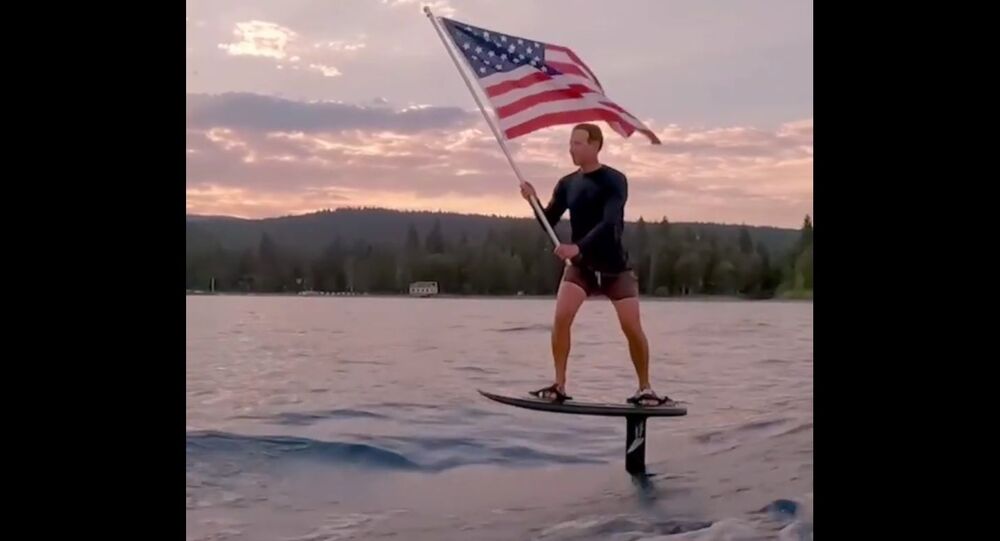 What The Zuck!: Mark Zuckerberg's 'Independence Day' Celebration is Now Talk of the Town, Watch

On the fourth of July, the US marked 245 years since it won independence from British colonial rule. US residents celebrated the public holiday according to custom, with family, fireworks, food, and fun.

On Sunday, Facebook CEO Mark Zuckerberg joined other public figures in wishing his fellow Americans happy independence day. The billionaire's special wish, however, left audiences laughing and wondering what Zuckerberg was high on.

The 37-year-old tech genius posted a video on his official Instagram handle, showing himself cruising along the water on an electronic surf board, while holding the American flag.

The video of Zuckerberg's Fourth of July celebrations has spread on social networking platforms like wildfire, with people mocking him for being too "extra" and "over-the-top".

Seeing Zuckerberg carrying a flag while surfing on the water makes me think what kind of idiot is running Facebook?

This changed my 4th…and plans:

​This isn't the first time a "glossy-eyed" Zuckerberg has made a public appearance.

During a meeting with US senators in 2018, Zuckerberg's severely dilated pupils made him major meme-material for a long time.

Mark. Notice how dilated Zuckerberg's eyes was before entering to face the Congress? The picture on the left was last year and on the right was today at the hearing. pic.twitter.com/Vpt3nN7Aly