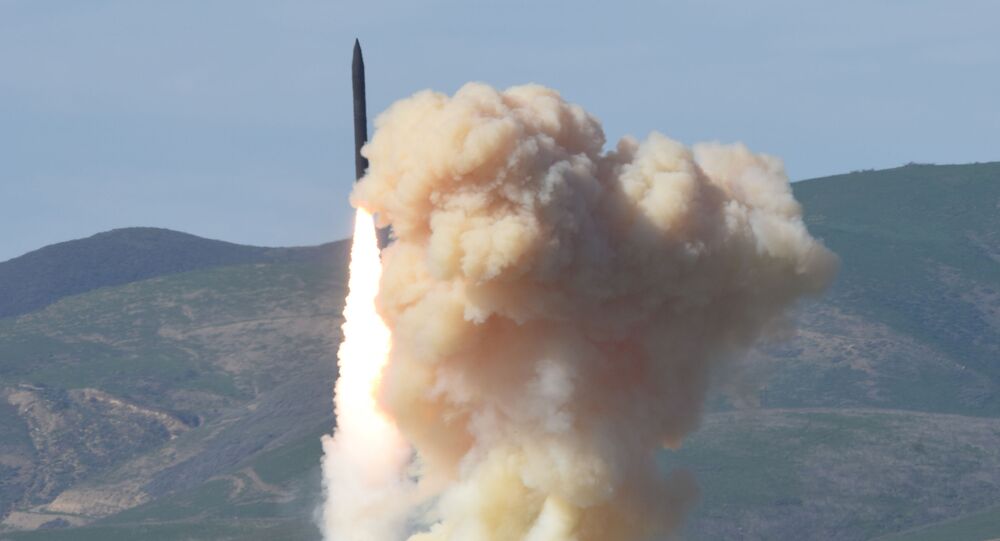 New models will replace the ageing air-launched cruise missile that was fielded in the early 1980s with a 10-year design life.

The US government has awarded $2 million to Raytheon Technologies Corporation - which is aerospace and defence conglomerate - and tasked it with developing and making a nuclear-armed cruise missile.

“Raytheon Missiles and Defence [of] Tucson, Arizona, has been awarded an approximately $2 billion […] contract for the engineering and manufacturing development (EMD) phase of the Long Range Standoff (LRSO) Weapon System,” the Defence Department said in a press release on 2 July.

Under the US Air Force contract, the company will produce a Long Range Standoff (LRSO) new nuclear-armed cruise missile which is projected to have a range of 1,500 miles. According to information, obtained by Bloomberg, the US Air Force seeks to buy up to 1,000 LRSO weapons to replace the Air Launched Cruise Missile (ALCM) first fielded in 1982.

© AP Photo / Carolyn Kaster
US Sees China's Accelerated Buildup of Nuclear Arms as 'Concerning' - State Dept.
The LRSO missile is said to be carried on multiple aircraft, including the B-52 and B-21 bombers, according to recent reports. The US Defence Department earlier stated that the LRSO program seeks to develop a weapon that can penetrate and survive integrated air defence systems and prosecute strategic targets that will reach initial operational capability before the retirement of the ALCM by around 2030.

Earlier in June, Washington awarded a $3.12 billion contract to Raytheon for the production of F-15 fighter jet radar systems. In May, the company won a five-year $275 million contract to upgrade management of information from the US Earth Observing System Data and Information System.

Notably, US State Department stated on 1 July that Washington is concerned about China's accelerated buildup of its nuclear arsenal.

Back in 2019, the Trump administration accused Russia of violating the Intermediate-Range Nuclear Forces Treaty (INF) by deploying a new type of cruise missile, although Moscow denied any wrongdoing. As a result, Washington withdrew from the treaty, which banned missiles with ranges between 500 and 5,500 km.

US' decision also put at risk the future of New START treaty, which limits the US and Russia to 1,550 deployed nuclear missiles each. Nevertheless, Russia and the United States agreed to extend the New START treaty for five more years without renegotiating any of its terms in February 2021.