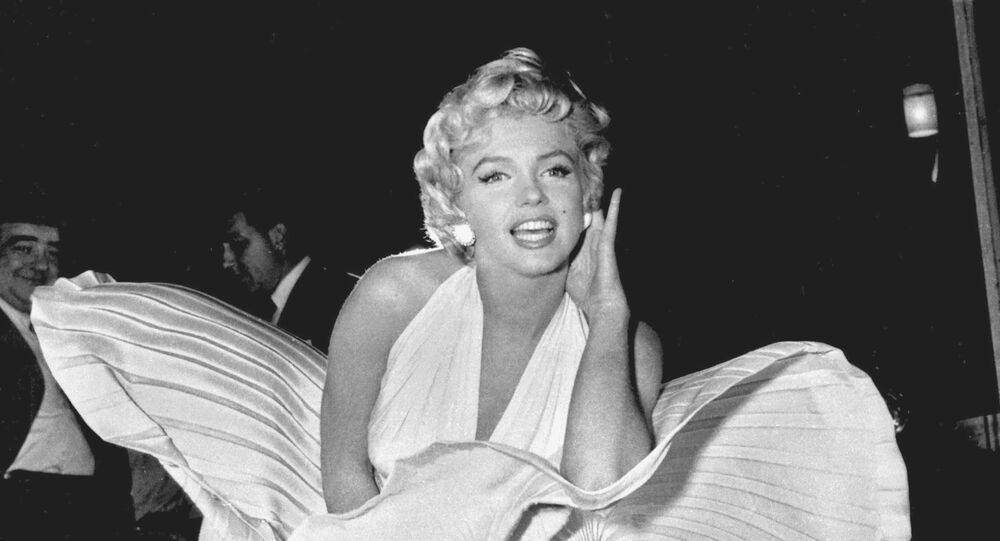 The death of America’s eternal sex symbol Marilyn Monroe is covered in mystery. Despite being ruled a suicide, the star’s alleged intimate connection to late President John F. Kennedy and his brother Bobby is still sparking rumours about her unexpected passing at the age of 36.

Marilyn Monroe was poisoned by JFK’s brother Bobby Kennedy with a top-secret drug invented by the CIA in a bid to prevent her from going public about her affairs with the two brothers, claims former detective Mike Rothmiller.

It has been officially assumed that the blonde bombshell, who had a history of overdoses and depression, killed herself with barbiturates on the evening of 4 August 1962. Despite a string of rumours about her intimate connection to John F. Kennedy after her sparkling “Happy Birthday, Mr. President” performance at Madison Square Garden, it has never been confirmed that the two had an affair and only one genuine photo of them together exists.

However, according to Rothmiller’s upcoming book ‘Bombshell: The Night Bobby Kennedy Killed Marilyn Monroe’, he came across secret police dossiers in the Los Angeles Police Department intelligence archives in 1978, which revealed evidence that the legendary singer and actress was murdered by the US Attorney General and the police had chosen to cover this up.

Speaking to the Sun Online ahead of the book’s release, Rothmiller’s unveiled what dark secrets he found during his work at the LAPD’s Organised Crime Intelligence Division.

“When I went into that unit I had no idea what was in there, nobody in the police department does except the guys who work there and the Chief of Police,” the former detective told The Sun.

“There were files on three Kennedys – the President, the Attorney General and their brother Edward. Those files were linked to others, just like a huge spider’s web.”

Rothmiller claims he has learned from the files that Marilyn was under LAPD surveillance and had her phone tapped and listening bugs installed at her house.

The former cop claims that the police also kept dossiers of Marilyn’s friend and neighbour Peter Lawford, an actor who was married to the Kennedys' younger sister Patricia.

“Their reports showed Robert Kennedy and Peter Lawford were under surveillance by the LAPD the day Marilyn died,” Rothmiller claims.

He also argued that the secret files proved to him that Bobby Kennedy actually was in Los Angeles on that day – contrary to what he publicly stated.

Rothmiller then unveiled to the Sun That he had a chance to talk with Lawford personally after accidentally running across him at Hugh Hefner’s Playboy Mansion. And that was the time when his suspicions about the actress’s death were apparently confirmed.

It was Lawford who'd said that he was the one to drive Bobby Kennedy to Marilyn’s house from the airport on the day of her death as she threatened the brothers about going public with their affairs and effectively putting their reputations at risk. Lawford allegedly recalled Bobby and Marilyn clashing at her house, with the singer accusing the politician of “treating her like a whore”.

Lawford then revealed to Rothmiller that he saw Bobby putting something in her glass of water and forcing her to drink. The actor believed that the 1950s legend was dead by the time they left her house. According to the book, the LAPD Intelligence men then covered up this crime to make it look like a suicide, while also stealing the star’s diary that detailed her affairs with both Kennedys.

© AP Photo / Cecil Stoughton/White House Photographs
In this May 19, 1962 photo provided by the John F. Kennedy Presidential Library and Museum, actress Marilyn Monroe wears the iconic gown that she wore while singing "Happy Birthday" to President John F. Kennedy at Madison Square Garden, during a reception in New York City

Rothmiller said that he decided to provide the bombshell “revelations” now because he didn’t want to grab media attention while working in a private industry.

“Also, if I’d told this story earlier, I don’t think anybody would have accepted it because the Kennedys were untouchable,” he claims.

This story cannot be collaborated as it also misses several key details, including the role of Marilyn’s housekeeper Eunice Murray and her psychiatrist, who are said to be the ones who had first discovered her body.

‘Bombshell: The Night Bobby Kennedy Killed Marilyn Monroe’ is to be published on 8 July.