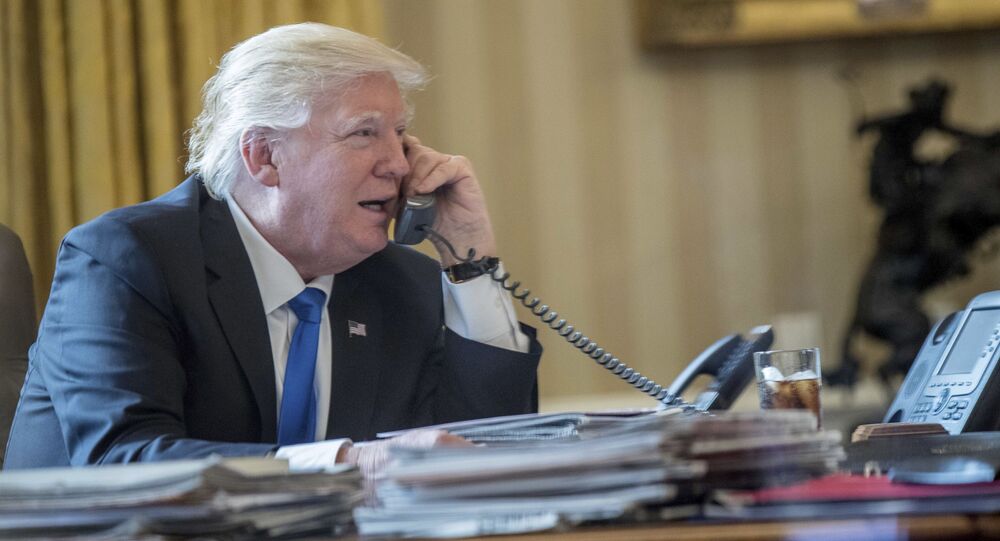 Donald Trump pressured fellow Republican Brad Raffensperger, the Georgia secretary of state, to just “find 11,780 votes, which is one more than we have. Because we won the state” in a phone call on 2 January, a transcript of which was cited by The Washington Post in January.

Top Republicans in Arizona’s largest county of Maricopa faced a tremendous pressure campaign from Donald Trump and his allies in the aftermath of the 2020 election, according to newly released records cited by The Arizona Republic.

Voicemails and text messages cited by the Phoenix newspaper dating to late December and early January show that the then-president and his legal team, while seeking to prevent the certification of Democrat Joe Biden’s narrow victory in the state’s presidential contest, had attempted to contact Clint Hickman, then the chairman of the Maricopa county board of supervisors, on 3 January.

The batch of records was obtained by the outlet from Trump and his then legal counsel Rudy Giuliani after a Freedom of Information Act request.

Four nights later, the White House switchboard operator called Hickman again. The then chairman of the Maricopa county board of supervisors was cited by the outlet as saying he did not return the calls mentioned, as he presumed that Trump would try to pressure him to change election results, as had been the case with Georgia secretary of state Brad Raffensperger.

Days before Congress certified Biden’s win in the November 2020 presidential elections on 6 January, Trump had pressed Raffensperger to overturn Biden’s win in the state. Georgia counties eventually completed a painstaking hand audit of the presidential race, with Raffensperger repeatedly saying there was no evidence of fraud. Hickman said he had read a transcript of Trump’s call with the Georgia secretary of state, who was pressured to “find more votes”.

“I had seen what occurred in Georgia and I was like, ‘I want no part of this madness and the only way I enter into this is I call the president back',” Hickman was cited as saying, adding:

Furthermore, in November and December, Rudy Giuliani also called Hickman and the three other Republicans on the Board of Supervisors, says the outlet. Clint Hickman reportedly again let the call go to his voice mail.
Pressure had also reportedly come from Arizona Republican Party chairwoman Kelli Ward, who was cited as having texted Hickman to say:

“We need you to stop the counting.”

Ward had sought to pressure Hickman and supervisors Steve Chucri and Bill Gates, says the publication. After sending information alleging vote rigging, just before the board voted to accept the election results, Ward texted Gates to say:

“Sounds like your fellow Repubs are throwing in the towel. Very sad. And unAmerican.”

Hickman and the board of supervisors, controlled 4-1 by Republicans, defended the vote count in Maricopa county, maintaining that the outcome was not marred by any fraud.

Donald Trump has maintained that victory was stolen from him in the November 2020 presidential election via massive voter and election rigging, with his legal team initiating a flurry of lawsuits over perceived irregularities, all of which were struck down.

Incidentally, fresh revelations recently prompted Georgia's top electoral official to acknowledge voting irregularities in the state. Brad Raffensperger, who had denied Trump's claims of ballot-rigging in the November 2020 election, ordered a new audit of tens of thousands of ballots collected from drop-boxes in Fulton County.

​Joe Biden had been declared the winner of the state's 16 Electoral College votes by a narrow margin of 12,000 votes. While Raffensperger continues to deny ballot fraud swung the election for Biden, Trump responded by saying in a statement that this was “very big news. People are starting to see the light. Great for America!”