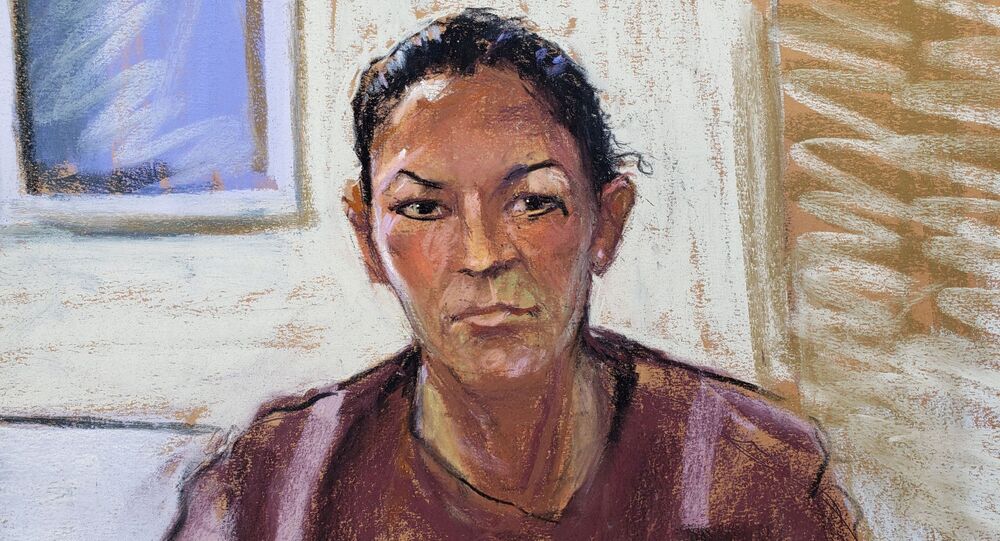 Bill and Hillary Clinton’ ties to disgraced financial mogul Jeffrey Epstein and his ex-girlfriend Ghislaine Maxwell have been intensely scrutinised by the media, over claims that the former president visited the financier’s luxurious private island in the midst of his sex trafficking saga.

New York District Judge Loretta Preska ruled on Thursday that Ghislaine Maxwell’s personal financial records, showing her dealings with US President Bill Clinton and his wife Hillary, should be unleashed to the public.

The documents stem from a 2015 defamation lawsuit brought by Epstein’s most vocal sex trafficking accuser, Virginia Roberts Giuffre. The suit was settled under seal in June 2017. But Giuffre, who says Epstein and Maxwell forced her to have sex with British royal Prince Andrew on at least three occasions, was long pushing for the records to be released.

It was speculated that the documents from the 2015 civil case could implicate other people close to Epstein and his alleged sex trafficking scheme.

Any Money From the Clintons?

The legal team for the alleged former “sex slave” demanded that Maxwell provide all of the tax returns and balance sheets for companies she controlled, including TerraMar Project, a self-described environmental non-profit organisation, in the hope that they would help to reach a settlement.

These records are expected to be released in the coming weeks, the Telegraph believes. According to the TerraMat Project’s tax returns, the company received $196,000 in public support between 2013 and 2017. It also paid out more than $600,000 in expenses, which even required loans from its founder and president Maxwell.

The British socialite’s legal team has struggled to keep the records sealed, saying that their publication would hamper Maxwell’s chances for a fair trial over media scrutiny, but Judge Preska remained unconvinced. She argued on Thursday that it was “not the job of the court to police press coverage”.

"Tabloid fodder doesn't diminish the importance of materials that could reasonably affect the court's decision on a motion,” Judge Preska stated.

Last week, the court ruled that US prosecutors may use Maxwell’s depositions from 2016 that were given as a part of the same defamation lawsuit, despite the fact that they contained very intimate information about the publishing heiress.

Lawyers tried to block prosecutors from using the depositions in Maxwell’s upcoming criminal trial in November. They said that the publishing heiress agreed to answer “highly intrusive questions” about Epstein in the first place only under promise that they would be kept secret. But the request to keep records out of criminal trial was rejected in the end.

What DO THE Clintons Have to Do With Epstein and Maxwell?

Epstein’s relations with the world’s most influential families, including the Clintons and Trumps, have been under increased scrutiny following a string of sex trafficking and abuse accusations he had faced from dozens of women that put him behind bars.

In 2011, Giuffre claimed that Bill Clinton had visited Epstein’s private island Little St. James –  the alleged epicentre of all the sex trafficking drama – with herself and “two young girls” at one point, while Maxwell accompanied them on the trip.

Maxwell said in her 2016 testimony that these claims were “100 percent flat out total fabrication and lie”.

"Again, Virginia is absolutely totally lying,” she told the court. "This is the subject of defamation about Virginia and the lies she has told and one of lies she told was that President Clinton was on the island where I was present.”

The socialite, however, admitted that she and Clinton flew on Epstein’s private plane (something also revealed by the flight logs), known as “Lolita Express”, but could not say whether the former president and her ex-boyfriend were friends.

Photos showing Maxwell next to Clinton on the board of the ill-fated plane were making rounds on social media in the light of sex trafficking allegations. Another one, from 1993, showed Maxwell and Epstein posing next to President Clinton upon their visit to the White House, shortly after the financier sent money for the Oval Office refurbishment, according to reports.

No wrongdoings have been suggested on the part of Clinton or his foundation, but to add to the scrutiny, a bizarre oil portrait showing Bill Clinton wearing a blue dress has been discovered in the late financier’s Manhattan townhouse.

This has raised more questions than answers about the state of their relationship.