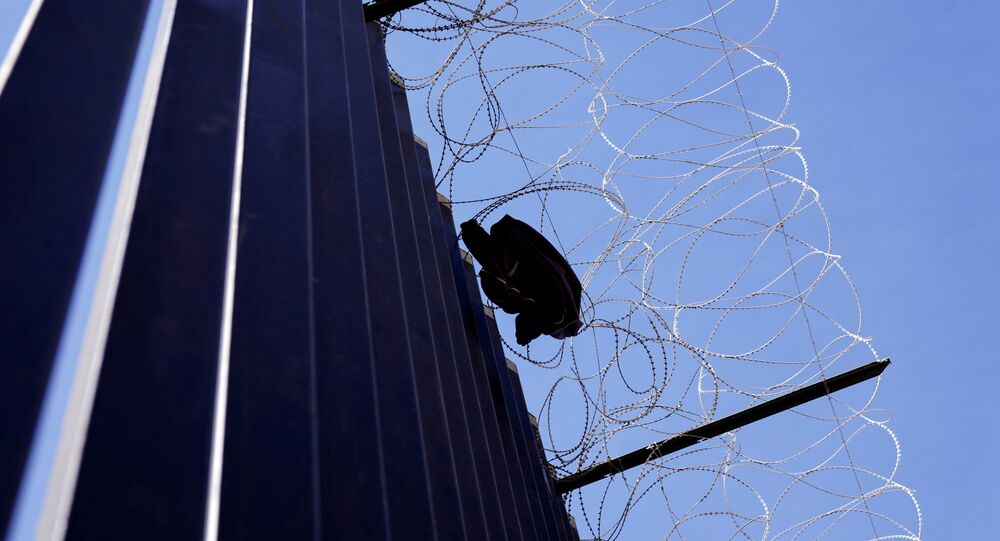 Tensions continue to simmer over the unabated migrant crisis challenging the US, with Republicans earlier warning that the administration of President Joe Biden currently has no “operational control, no legal control, no law enforcement control” of the country’s southern border.

A lawsuit has been filed by four Texas sheriffs, their counties, along with an association of US Immigration and Customs Enforcement (ICE) officers against President Joe Biden and officials of his Department of Homeland Security.

The complaint, filed in the federal court of the Southern District of Texas on Thursday afternoon, accused the Biden Administration of “violating federal statutes that require certain illegal aliens to be detained and removed from the US”.

The move came after Secretary of Homeland Security Alejandro N. Mayorkas directed US Immigration and Customs Enforcement (ICE) and US Customs and Border Protection (CBP) to place new restrictions on civil immigration enforcement actions in or near courthouses.

Accordingly, Acting Director of ICE Tae Johnson and Acting CBP Commissioner Troy Miller issued a memorandum to ICE and CBP personnel stating the only immigrants that could be taken into custody without first obtaining permission of ICE leadership would be those viewed as a threat to national security, border security, or public safety.

© REUTERS / STRINGER
Migrants from Venezuela await transportation to a U.S. border patrol facility after crossing the Rio Grande river into the United States from Mexico in Del Rio, Texas, U.S., May 11, 2021
,

The plaintiffs are requesting the Biden Administration to “follow the law and to allow the ICE officers to do their job”, according to the lawsuit.

The lawsuit states that ICE officers requested “permission to take custody of numerous dangerous illegal aliens, including child rapists and drug dealers, but have been denied permission by their superiors under the Biden Administration policy”.

"The ICE officers involved in this case are absolutely astounded at what their superiors are asking them to do: releasing people charged with rape of a child, releasing people charged with dealing drugs and resisting arrest. These are really serious criminals, and ICE is being ordered by the political leadership of the Biden administration to turn them loose," Kris Kobach, former Kansas secretary of state and the lead attorney for the plaintiffs, was cited as saying by the Washington Examiner.

Prior to the policy change, illegal immigrants apprehended by a sheriff’s department could be turned over to ICE. There, they would face deportation proceedings before a judge. Sheriffs are now meant to release the illegal immigrants back into society.

© AP Photo / Eugene Garcia
A pair of migrant families from Brazil pass through a gap in the border wall to reach the United States after crossing from Mexico in Yuma, Ariz., Thursday, June 10, 2021, to seek asylum.

"The Biden administration policy stands in direct violation of not one, but three, different federal statutes. The administration’s actions have forced ICE to stand down and have almost brought deportations to a halt. That has fuelled the crisis at the border, encouraging more illegal immigration. It has also created an unbearable burden for local law enforcement in Texas," added Kobach.

The administration of President Joe Biden has been under fire over its handling of the migrant crisis at the border, which Republican critics believe was unleashed after a rollback of Trump-era policies.

Republicans have slammed the White House for currently having no “operational control” of the border.

"We have no operational control, no legal control, no law enforcement control of our border. We are not enforcing our laws… This is wilful and intentional on the part of this administration to facilitate the illegal entry into our country of tens of thousands, 180,000 in [the] month of May…some 700,000 this year, of the ones we’ve apprehended," Rep. Bob Good, R-Va., said in an interview with Fox News.

Good and a number of other Republicans visited McAllen, Texas on 30 June to witness migrants streaming into the country.

Families at the end of a dangerous two month journey.

Border patrol and local police exhausted of time and resources.

The trip by the Republican Study Committee had coincided with a visit there by former President Donald Trump, who blasted the "incompetence" of the current administration over the unfolding crisis at the US southern frontier.

While freezing construction of Donald Trump's much-touted wall on the US-Mexico border, Biden, soon after his inauguration, halted the 'Remain in Mexico' policy of returning asylum seekers to Mexico until their court dates in the United States.

In response to criticism, Joe Biden’s White House team said it was focusing on the "root causes" of the crisis, like poverty, climate change and violence in Central America.

US Customs and Border Protection (CBP) data showed around 930,000 illegal immigrant encounters have been recorded at the southern border of the US since January, and over 180,000 of these individuals arrived in May alone. The figure is expected to exceed 1 million after June data is released.