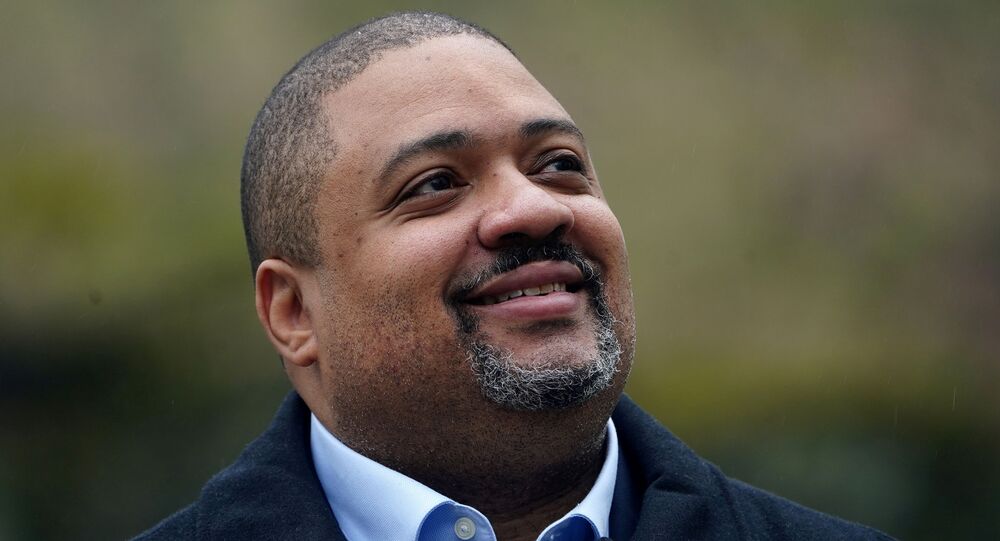 Alvin Bragg, a Democratic candidate for Manhattan District Attorney, is all but guaranteed a win in the Friday primary election after his close rival suddenly withdrew. Just days ago, the office brought charges against the Trump Organization and its chief financial officer, Allen Weisselberg.

Earlier on Friday, candidate Tali Farhadian Weinstein announced her defeat in the race after absentee ballots she had counted on to put her ahead of Bragg failed to do so. In the run up to the vote, Weinstein trailed Bragg by just 3%, according to the New York Times.

Bragg is a career prosecutor and former chief deputy New York State attorney general, a position in which he has boasted he sued the presidential administration of Donald Trump “more than a hundred times.”

Earlier this week, the Manhattan District Attorney’s Office filed yet another suit against Trump, this time against the Trump Organization, a massive conglomerate of roughly 500 companies owned by Donald Trump, half of which bear his name. He handed off leadership of the company to his children when he became US President in 2017, but questions about his relationship to the corporation and its ties to his administration plagued his four-year presidency, which ended in January 2021.

The July 1 indictment accuses the Trump Organization of a “sweeping and audacious tax evasion scheme” for 15 years dating back to 2005. It brings 15 counts against CFO Weisselberg, including fraud, grand larceny, falsification of business records and conspiracy.

Because of the incredible density of wealthy people and corporate headquarters in Manhattan, the city’s DA is always someone of immense power. However, the office only handles alleged violations of New York state law; the US Attorney for the Southern District of New York presses cases against alleged breakers of federal law.

“We’re also talking about the gun-trafficking issues, the scope of the entire system and the collateral consequences,” Bragg told the NYT. “It’s all a profound responsibility.”

He is a native of Harlem and a graduate of Howard Law School in Washington, DC, where he also attended undergrad. Bragg would be the first black man to hold the position, meaning he would preside over a district that prosecutes more black people than any other racial group. He has pledged to end racial disparities in the system.

“We’re going to demand and deliver on both safety and fairness,” he said earlier this week, according to the Wall Street Journal.

He has pledged to form new units to hold police accountable, that he will review past convictions, and that he will decouple convictions as a measure of success. To counterbalance this, he says he will focus more energy on prosecuting white-collar crime.

“The need for reform in our office’s policies and practices is urgent,” a document outlining his plans states. “It is critical that the changes described in this memorandum take effect immediately.”

Trump Org Indictment: Justice is Now Tool to Squash Political Opposition in the US, Observers Warn