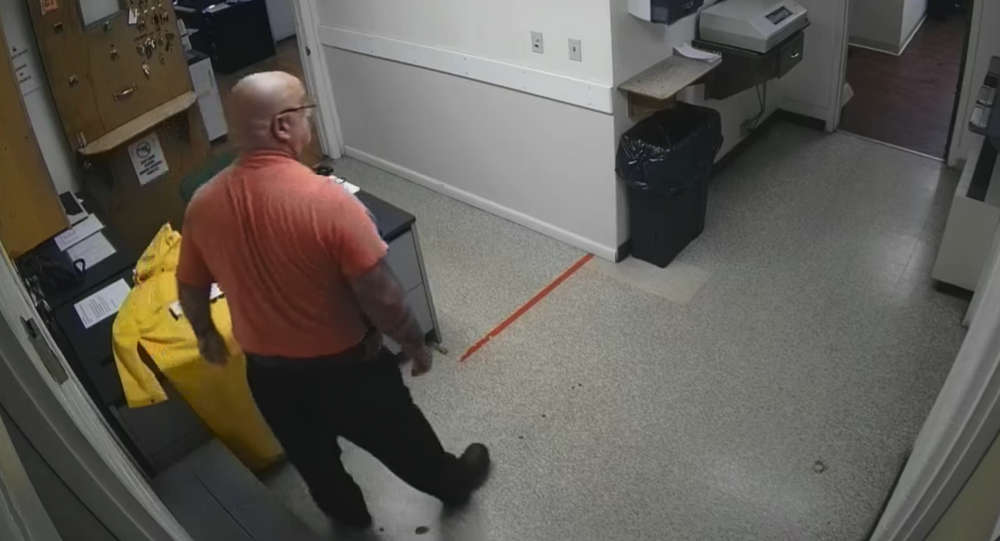 Authorities in Sheffield Lake, Ohio, revealed that the police chief at the center of the department’s recent misconduct case was also involved in a separate incident in which he showed off a cone made from a newspaper that resembled a KKK hood.

The police chief from Ohio’s Sheffield Lake Police Department was recently relieved of his duties after his superiors learned he placed a Ku Klux Klan sign on a desk being used by an officer.

The incident took place on June 25 and was captured on the station’s surveillance cameras, which showed dismissed Police Chief Anthony Campo rearranging an officer’s yellow police jacket to appear as the regalia worn by the notorious white supremacy group. He then leaves behind a printed note on the raincoat that reads “Ku Klux Klan.”

Footage later shows an unsuspecting officer enter the room and instantly exchange words with the chief. It’s unclear what is said between the pair as the video has no audio.

Campo is white and the officer who was given the note is black.

As two additional cops enter the room, the unidentified officer appears to inform them of what was left on his desk, all while Campo is seen peering from the corner of a connecting office. The video cuts off with the lone officer sitting at the desk, with the jacket folded over.

Campo parted ways with the force on Tuesday, after having submitted his resignation letter once the incident was referred to the police union and Sheffield Lake Mayor Dennis Bring.

Bring told local outlet Cleveland.com that he intended to immediately place Campo on administrative leave until further notice, but that when he confronted Campo over the incident, the ex-chief declared he would be resigning from the force instead.

“I came into the [former] chief’s office, and he’s standing there with a smile on his face,” Bring recalled to the publication. “He goes, ‘So, am I fired?’”

“He thought this was just a joke,” the mayor added. “How can you possibly think that you can put something on somebody’s jacket like that, and especially if they were African American, and think this is a joke? This is the most egregious and offensive thing you could possibly do. And it’s embarrassing and disgusting.”

In comments to station WKYC, Campo told the outlet that the encounter was being “overblown,” as he intended it to be a joke. He further indicated that he believed he was being retaliated against over disciplinary actions dealt to other members of the station.

Bring has spoken to the officer to address Campo’s behavior, using the opportunity to reiterate his stance that the city of Sheffield Lake will not tolerate any forms of racism. The mayor detailed that the officer had been in a state of shock and smiled it off as he was unsure how to react at the time.

The officer, who has only been with the department for nine months, has since retained a lawyer, although it is unclear whether he intends to file suit against Campo. Bring has stated he will back a legal effort against Campo.