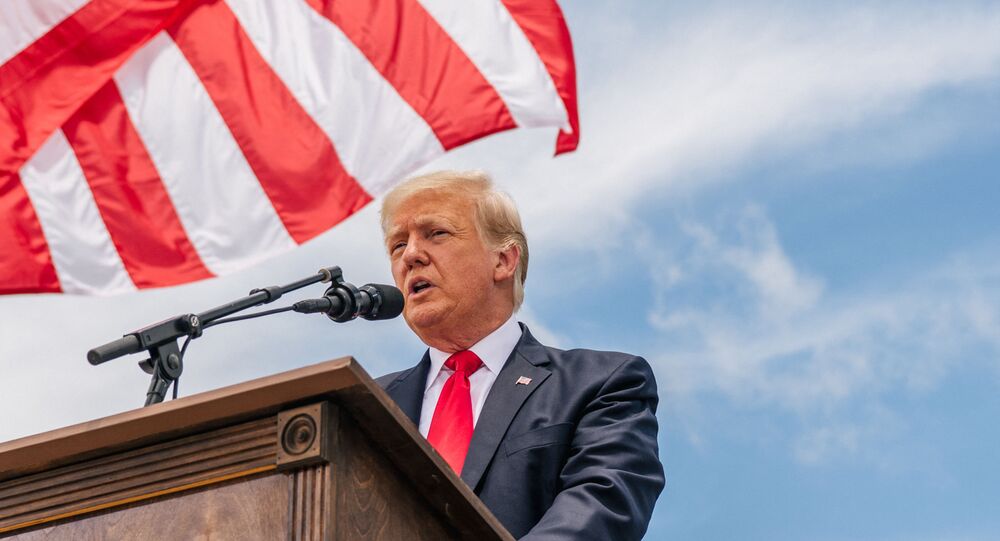 WASHINGTON (Sputnik) - Former President Donald Trump will hold a “Save America” rally for supporters in Sarasota, Florida, on Saturday.

The rally, co-sponsored by the Republican Party of Florida, will be an all-day event to support Trump’s Make America Great (MAGA) agenda and celebrate the achievements of his administration. The event will also commemorate the United States on the eve of Independence Day - July 4 - with a fireworks show.

Two weeks ago, Trump held a rally in the US state of Ohio amid thousands of supporters during which he called the results of the Biden administration's performance a “catastrophe” and criticized the administration for a crime wave in major cities throughout the United States, a migrant crisis at the southern US border and a dismal economic situation marred with high inflation.

Trump also criticized the Biden administration for what he remarked were failures in foreign policy, including that China and Russia are humiliating the United States and the failure to prevent the construction of the Nord Stream 2 pipeline.

US media has reported that the Trump office is involved in creating a new social media platform called GETTR that could help the former president bypass his ban at the hands of social media networks like Twitter and Facebook.

While some pundits have interpreted Trump’s rallies as a signal he could run in the 2024 presidential election, others have said things are not quite clear-cut.  Trump previously teased that he planned to run again, but now he says the decision depends on the state of affairs in the United States and the Republican Party.

Speculation about whether Trump would run arose after he visited the US-Mexico border during which he said, “Do you think I should [run] again? Maybe we don’t need to. Maybe we won’t even have to.”

The Trump office announced several events in December, including two Florida tour stops, in Sunrise and Orlando, the second of which will feature a conversation between him and commentator Bill O’Reilly. The former president will also reportedly will visit Houston and Dallas in the state of Texas.