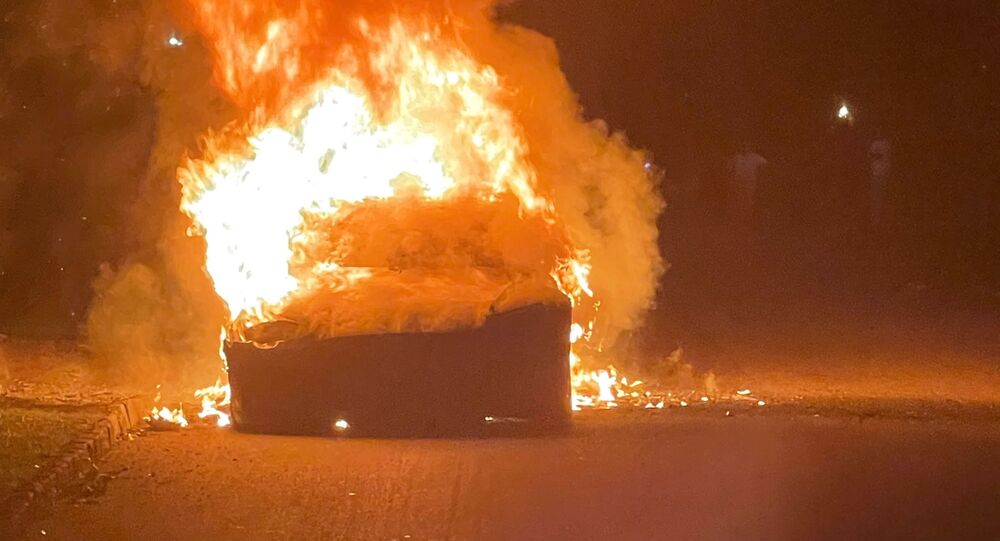 Brand-New Tesla Automobile Turns Into 'Fireball', Driver Has to 'Use Force' to Escape Flames

The incident took place mere days after the car, which cost well over a $100,000, was delivered to its new owner.

A spanking new Tesla Model S Plaid electric automobile burst into flames as its owner was driving it down a street in the US state of Pennsylvania.

According to Reuters, the driver, identified only as an "executive entrepreneur", initially found themselves unable to leave the vehicle during the incident due to a failure in the vehicle's electronic door system, and the driver’s attorney, Mark Geragos, asserting that his client had to "use force to push it open."

"It was a harrowing and horrifying experience," the lawyer detailed. "This is a brand new model... We are doing an investigation. We are calling for the S Plaid to be grounded, not to be on the road until we get to the bottom of this."

The car continued moving for at least another 11 meters after catching fire before turning into a "fireball".

The incident occurred on Tuesday, just three days after the $129,900 vehicle was delivered to its owner. The new S Plaid model was launched in June.

Reuters noted that Tesla "did not have an immediate comment" on the catastrophic failure of their new automobile.