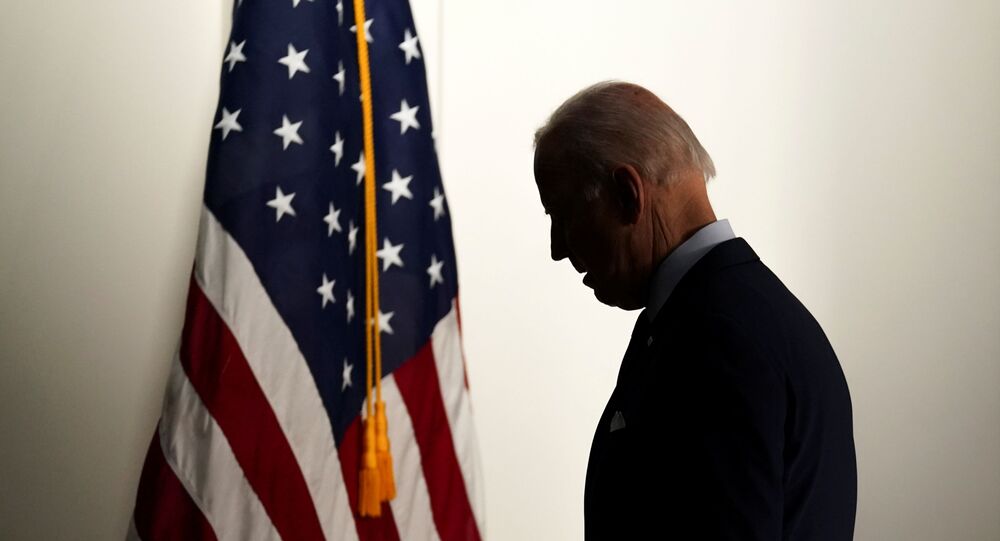 WASHINGTON (Sputnik) - The US economy is improving and the coronavirus is "on the run," President Joe Biden said on 2 July after data showed at least 100,000 jobs above forecast levels were added in the month of June.

"Put simply, our economy is on the move and we have COVID-19 on the run," Biden told reporters at the White House, after the Labor Department reported that employers added 850,000 jobs in June against the 720,000 additions forecast on the average.

Fifteen months into the pandemic, restoring jobs growth remains one of the key goials of US policy makers.

The United States lost more than 21 million jobs between March and April 2020, at the height of lockdowns and at least 7 million of them have yet to return, according to officials. Despite the outsize job additions for June, revision’s to last month’s number meant that the unemployment rate remained virtually unchanged at 5.9 percent.

© REUTERS / ERIN SCOTT
Joe Biden's $6 Trillion Budget Revealed: From Countering China to 'Reimagining' US Economy
The economy itself shrank 3.5 percent in 2020, although first quarter data for 2021 showed a dynamic rebound of 6.4 percent.

The Federal Reserve has forecast a 6.5 percent economic growth for all of 2021 although Jerome Powell, chairman of the central bank, says he does not expect "full employment" - defined by a monthly unemployment rate of 4 percent or lower - to occur anytime soon.

Biden glossed over some of those worries by pointing at the 3 million jobs or so created by his administration since January, the most by any in the first five months of a presidency.

"Our recovery is helping us flip the script. Instead of workers competing with each other for jobs that are scarce, employers are competing with each other to attract workers," he said. "That kind of competition in the market doesn't just give workers more ability to earn higher wages. It also gives them the power to demand to be treated with dignity and respect in the workplace. More jobs, better wages: that's a good combination."

Biden noted that the United States is the only major advanced economy for which the Organization for Economic Co-operation and Development had projected higher economic growth for 2021 versus the previous year.

The Congressional Budget Office has also doubled its initial growth projection of 3.7 percent for 2021 to 7.4 percent Biden added.