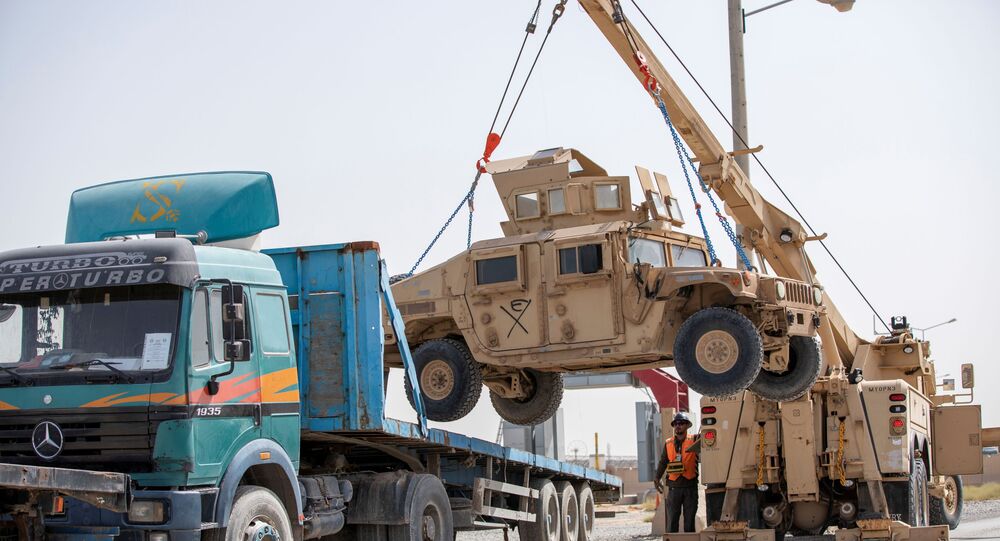 Biden: US Drawdown From Afghanistan Will Not be Completed in Next Few Days

The US president also voiced his confidence in the Afghan leaders' capacity to sustain the government there.

US President Joe Biden has announced that, while the US troop drawdown from Afghanistan is on track, it will not be completed in the next few days.

"It’s not going to be done in the next few days," Biden said while speaking with reporters at the White House, after being asked about the planned exit from Afghanistan. "No, We're on track, exactly as to where we expect it to be, but … we wouldn't be able to do it all (by) September. There’ll still be some forces left."

The POTUS also expressed confidence in the Afghan leaders' capacity to sustain the government, though he also expressed his concern about the internal issues.

© AFP 2021 / TAUSEEF MUSTAFA
'Getting to a Crunch Point': UK Troops Will Reportedly Wrap Up Afghanistan Pullout 'Within Days'

He delivered these remarks soon after the last US troops left the Bagram Airfield which, until recently, was the US' largest military base in Afghanistan.

Biden previously vowed to complete the troop pullout from Afghanistan by 11 September, the 20th anniversary of the 9/11 terrorist attacks which preceded the launch of the so-called "War on Terror" by then-US President George W. Bush.

White House Press Secretary Jen Psaki also stated Friday that the Biden administration expects the US troop pullout from Afghanistan "to be completed by the end of August."