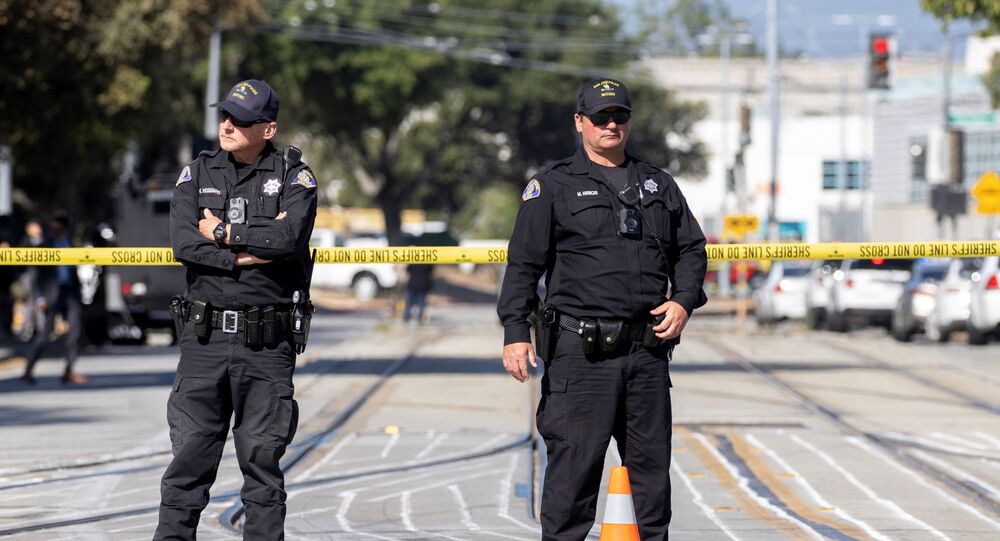 Ambush Attacks Against US Cops Surge As Bail Reform, Anti-Police Rhetoric Are ‘Recipe for Disaster’

Earlier, the National Fraternal Order of Police, the largest police union in the US, said the "defund the police" movement and denigrating rhetoric toward law enforcement has generated a “culture of disrespect”.

Ambush attacks targeting law enforcement officers have skyrocketed in 2021 as compared to last year, according to data compiled by the National Fraternal Order of Police (NFOP).

🚨Witnessing a SURGE in violence against the brave men and women of law enforcement. Ambush-Style Attacks on officers are up 91% from 2020 (YTD). So far this year:

Including statistics for non-ambush attacks, 150 officers have been shot so far in 2021, stated NFOP.

A comparison of the two summaries shows that the data for this year represents a 91 percent increase in ambush-style attacks from the year before, according to the NFOP. The data for the summary was assembled using media-monitoring software and other forms of public information available.

‘Morale at a Low’

Commenting on the data, NFOP Vice President Joe Gamaldi was cited by The Daily Caller as saying that late 2019 witnessed as huge surge in crime caused, in part, by the bail reform. As part of the New York State Fiscal Year (SFY) Budget for 2019–2020, passed on 1 April 2019, cash bail and pretrial detention was eliminated for most misdemeanour and non-violent felony charges, causing suspected criminals to be allowed back on the streets.

“People are out on multiple felony bonds, shooting another person and getting out again. When there’s no consequence with actions, you’ll see an uptick in crime,” said Gamaldi.

NFOP Vice President also deplored widespread anti-police rhetoric, particularly in the wake of the death of African American man George Floyd. He added that taken together, it was a “recipe for disaster.”

“Morale has never been as bad as it is right now,” Gamaldi said, adding that scores of police officers in Seattle were retiring.

“You have a lot of people dismissing statistics, and they try to downplay it, and they’re not seeing just how horrible it is out on the streets,” he said.

“Violence against police officers is through the roof,” warned the NFOP VP, cautioning all those seeking a job in law enforcement:

“Make sure your heart is truly in this and you are ready to take on this profession because you’re about to be called a murderer and spit on the face on a regular basis.”

Earlier in June, the National Fraternal Order of Police, the nation’s largest police union, slammed the "defund the police" movement and disparaging rhetoric targeting cops as having created a culture of disrespect.
Rep. Madison Cawthorn, R-N.C., was cited by Fox news as saying: "There’s nothing ‘woke’ about deriding law enforcement… It’s wrong, plain and simple," said the Republican.

Since the May 2020 death of George Floyd and the social unrest that followed, police violence and racial justice issues have gained prominence, also reflecting on public perceptions of police in the United States.
Against the backdrop of the George Floyd protests driven by the Black Lives Matter (BLM) movement, the slogan “Defund the police" began gaining traction.

On 25 May 2020, Derek Chauvin, a 45-year-old police officer, detained Floyd, a recently-unemployed ex-convict who had served time for armed robbery in Texas. Floyd supposedly used a counterfeit $20 bill at a convenience store in Minneapolis.

Chauvin knelt on Floyd's neck for almost 10 minutes before the man lost consciousness, dying later in hospital. The incident, caught on film by passers-by, triggered mass protests in almost every major city in the US as well as in other cities abroad.

© CC BY 2.0 / Taymaz Valley / Defund the police
Demonstrator at a George Floyd protest holding up a Defund the Police sign on June 5 2020

According to the Council on Criminal Justice, multiple opinion surveys tracking how Americans view police and policing, revealed that in 2020 a majority of Americans from both political parties supported some degree of police reform.

Furthermore, for the first time, the percentage of Americans who say they have a great deal or quite a lot of confidence in the police dipped below 50% to stand at 48% over 20 years of tracking. Previously, it had never been below 50%.