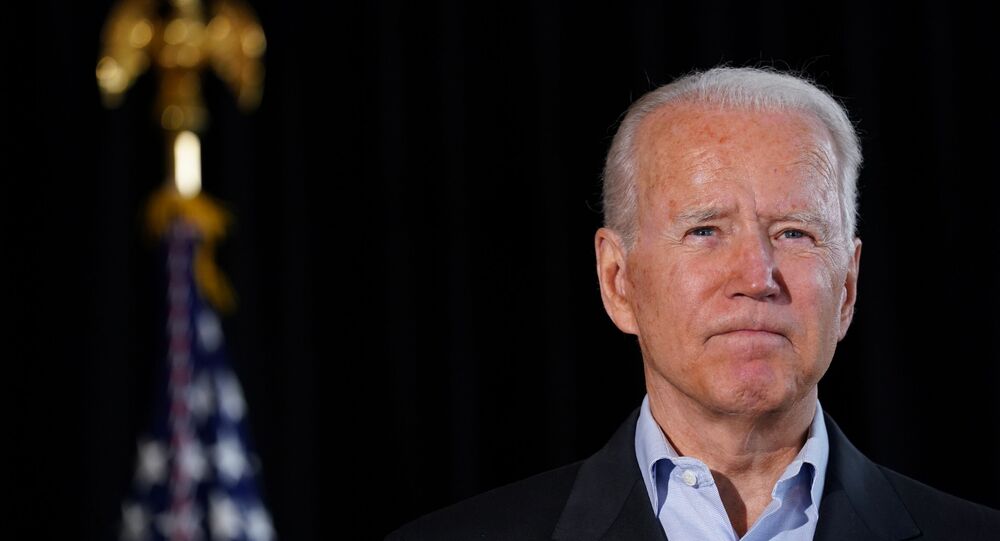 The collapse of a condo building in Surfside, Florida, has claimed 18 lives, and rescue operations are ongoing, with local authorities not ruling out the possibility of demolishing the remaining sections of the building.

US President Joe Biden delivered remarks in Surfside, Florida, in a visit to the site of the disaster on the eighth day of the rescue operations following the condo collapse, offering comfort to families and familiarizing himself with the ongoing investigation.

During his speech, Biden thanked first responders and voiced his admiration for heartbroken family members, while also detailing the measures taken to handle the aftermath of the Surfside tragedy.

“I want to compliment FEMA and I might add all those folks who are risking their lives to save lives, but also holding out hope that those will be fine. Hope springs eternal,” he said.

According to Biden, the US State Department will be expediting visas for family members of those affected by the condo collapse. The US Federal Emergency Management Agency (FEMA) will provide temporary housing and other urgent needs for survivors.

When speaking about possible reasons behind the tragic incident, Biden said that there is no firm proof yet of what caused the collapse.

“I don’t think there is at this point any definitive judgment as to why it collapsed and what can be done to prevent it from happening and what other buildings may have to be inspected to determine if they have the same problems,” Biden said.

The US president offered words of support for the families, praising their "resilience" and paralleling their experiences with what he went through at the time of a 1972 car crash that killed his first wife and daughter.

“They’re all realists. They all look and they see those floors, just literally cement upon cement upon cement", Biden said. "It just brought back so many, so many memories. It is bad enough — it’s bad enough to lose somebody. The hard part, the really hard part is to not know whether they are surviving or not, just not having any idea."

The president said that "the whole nation is mourning with these families".

"They see it every day on television. They’re going through hell", he said.

The rescue operations in Surfside are ongoing after the collapse of the building left 18 people dead and 147 unaccounted for. The incident is being probed by the US Department of Commerce's National Institute of Standards and Technology.

Biden arrived in Florida earlier in the day to meet with the state governor Ron DeSantis, the Miami-Dade County mayor, Daniella Levine Cava, and other officials to familiarize himself with latest developments.