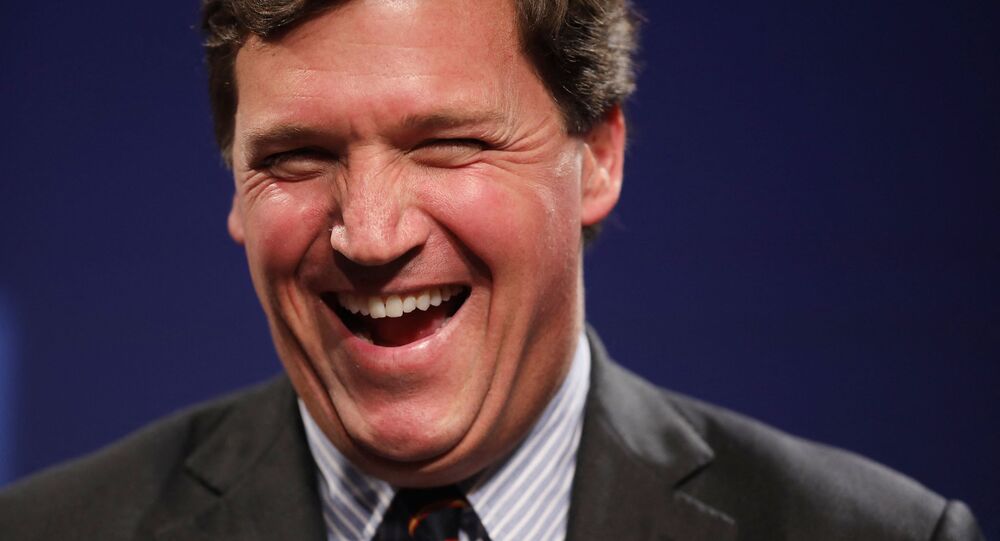 American rapper Kanye West launched his messy presidential campaign in 2020, but never made it to the ballot in a majority of states and only had one campaign event, in which he appeared to suffer a breakdown.

Fox News anchor Tucker Carlson told associates - possibly jokingly - that he cast his ballot in favour of rapper Kanye West, and not Donald Trump, in the November 2020 US presidential election, Politico reported, citing people familiar with the conversations.

Different people have offered different interpretations of Carlson's assertions, with some suggesting he was just humorously distancing himself from Trump, and others insisting that the connections between West and the Fox News anchor are real.

“It’s his way of saying that he’s not just another Trumpette at Fox News like Sean Hannity,” one source told Politico, referring another Fox show host.

Another person, however, said that Tucker and Kanye "get along well" and pointed at how they have much in common.

“He and Kanye get along. They both regularly find themselves in the crosshairs. They’re both pro-life,” the unnamed person reportedly told the outlet.

Politico noted that Carlson is registered to vote in Florida, where West never made it to the ballots. It could still be possible for the 52-year-old television host to vote for him, however, if Carlson put West's name on the ballot as a write-in.

The show host never commented on the reports. He, however, earlier praised West on his program.

“On core conservative issues, not political issues like legislation before the Congress, but on foundational questions about life and children and what happens when you die, no one with a national platform has been more honest or sincere or effective than Kanye West has been,” Carlson stated. “Maybe in generations.”

Nevertheless, the Fox News anchor has also been a vocal and enthusiastic supporter of Donald Trump and a vehement critic of sitting US President Joe Biden. Recently, Carlson rolled out accusations against the Biden administration, claiming that the president's National Security Agency (NSA) is spying on him - something that the agency flatly denied.