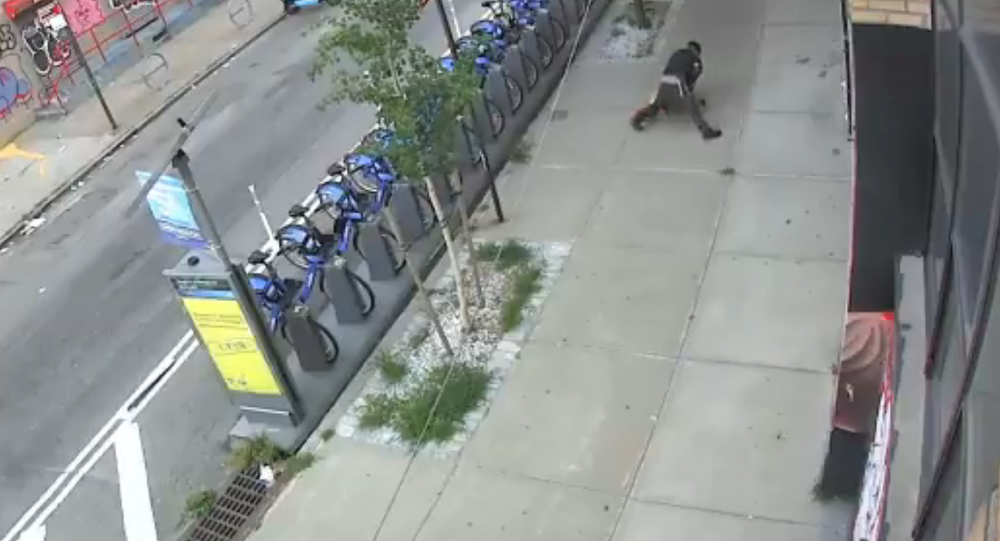 The New York City Police Department (NYPD) has asked the public to call the police with tips to provide information about the suspect. The NYPD did not share any additional details about the crime, other than releasing the video.

A video released on Thursday by the New York City Police Department (NYPD) showed an unidentified man jumping at a woman and groping her, committing what the police describe as "forcible touching".

The incident happened at around 8 p.m., local time, in Brooklyn, New York City, with the suspect seen in the video wearing all black with a face mask down.

The clip shows him initially following the woman walking on Stagg Street, then tackling the woman, reaching into her shorts, and "forcibly touching" her. After that, he gets up and turns away to head in a different direction.

According to the police, the victim, 35, reportedly was not injured and did not seek medical treatment.

Police have asked the public to share tips and information about the attacker.