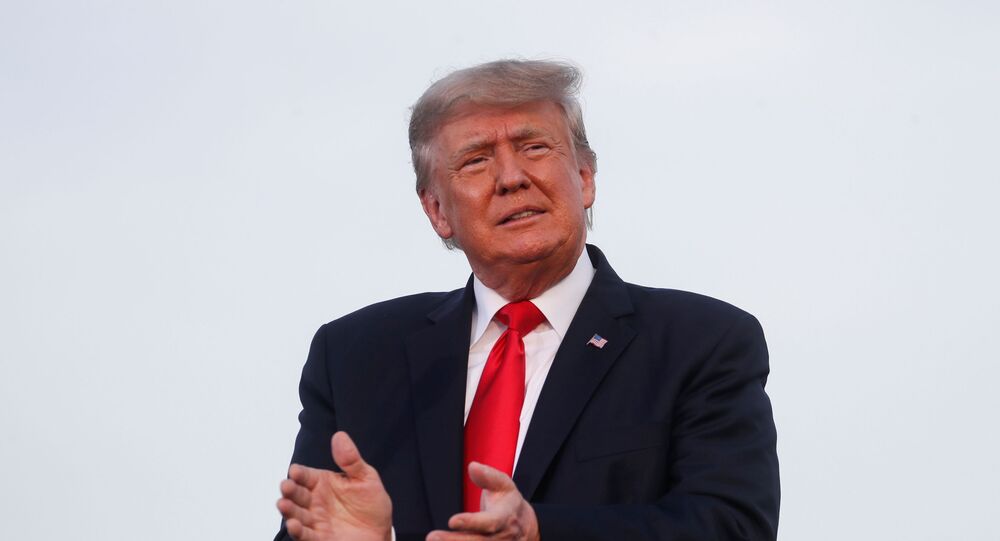 Trump After Weisselberg Indictment: 'Political Witch Hunt Dividing Our Country Like Never Before'

Trump Organization CFO, Allen Weisselberg, earlier pleaded not guilty in a New York court on Thursday to tax crimes charges. He was indicted on 15 felony counts, among them a scheme to defraud, conspiracy, grand larceny, and falsifying business records.

Former US President Donald Trump on Thursday slammed a "political witch hunt by the Radical Left Democrats" in a Telegram statement after the indictment of his self-named organization's CFO, Allen Weisselberg.

"The political Witch Hunt by the Radical Left Democrats, with New York now taking over the assignment, continues", Trump posted, apparently referring to the New York investigation into the Trump organization and its CFO. "It is dividing our Country like never before!"

As Weisselberg was indicted on tax crimes charges, he pleaded not guilty. According to New York Attorney General Letitia James, the investigation into the Trump Organization will continue after the indictment.

Trump's CFO is accused of being involved in a scheme to defraud, conspiracy, grand larceny, and falsifying business records. His tax crime charges are ranging over 15 years as he was running the business empire of the former American president.

The tax investigation into Trump and his company was confirmed last month to be a criminal probe, and no longer civil. The former president has been adamant in his personal belief that the investigation is politicized and aims to smear him and prevent him from running for president in 2024.