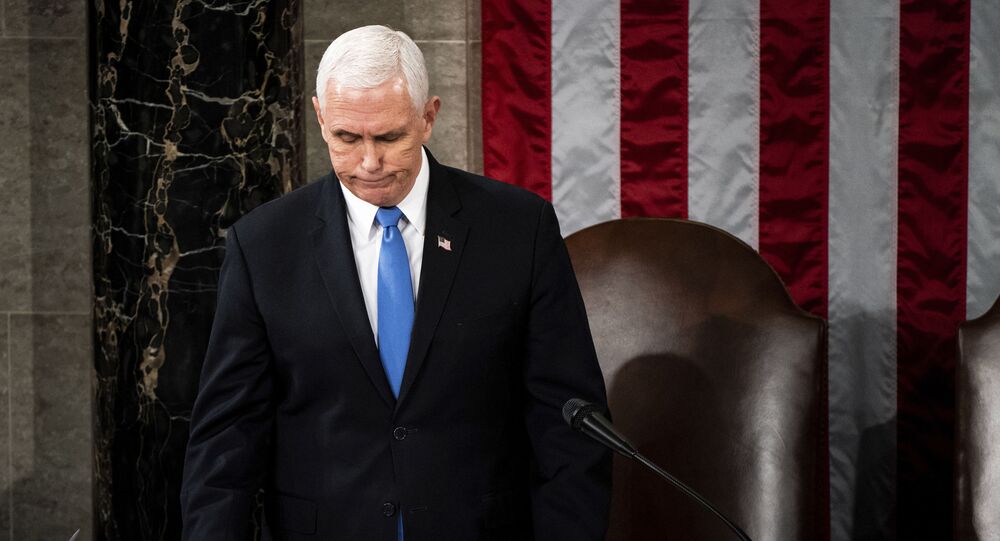 The former vice president’s staff reportedly made the move after it became apparent that at campaign events people seemed more eager to support Trump Jr, rather than Pence, in a potential presidential bid.

During the 2020 US presidential campaign, the staff of then-Vice President Mike Pence sought to make sure that he would not appear onstage directly after Donald Trump Jr., apparently due to the latter’s popularity with Trump supporters, the Daily Mail said, citing Michael C. Bender’s book, "Frankly, We Did Win This Election: The Inside Story of How Trump Lost".

According to the newspaper, both Trump Jr. and Pence were speaking at a campaign rally in New Hampshire in February 2020, with the former instructed to introduce Pence.

However, the 45th POTUS’ son was "kept from speaking by repeated chants of 'Forty-six! Forty-six!'", the chant apparently "a reference to the fans wanting him to make his own presidential bid."

No such chanting erupted when the president's son introduced Pence, with the newspaper noting that the former was "harboring presidential ambitions of his own."

"He's just a hard act to follow," Obst is reported to have said.

The book, which "details Trump's life in the White House, the two impeachment trials and Trump's failed attempt to win a second term," is expected to be released on 13 July, the newspaper adds.