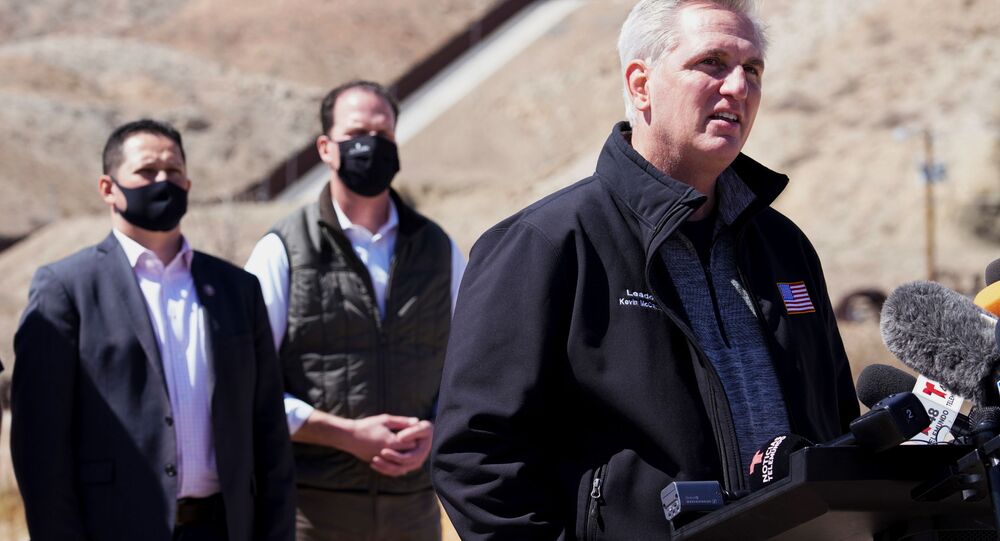 WASHINGTON (Sputnik) - Seven issue-specific Republican task forces in the US House of Representatives will draft plans for an anticipated return to a majority in the November 2022 midterm elections, Minority Leader Kevin McCarthy said on Thursday.

“These task forces will work over the next couple months to build on our Commitment to America agenda that we released last year. When we are in the majority in January 2023, we’ll be much different than the Democrats,” McCarthy said.

Topics the task forces will work on include jobs and the economy, big-tech censorship, energy and climate change, American security, and China accountability, McCarthy said.

© AP Photo / Al Drago
'No Trust': Top Republican Kevin McCarthy Calls for Fauci’s Resignation Amid COVID-19 Email Leak
McCarthy cited several themes that Republicans plan to work in upcoming midterm election campaigns, blaming the Biden administration policies for the highest inflation in more than a decade, a spike in violent crime and a surge in migration across the southern US border.

With a slim 218-212 majority, analysts say Democrats face an uphill battle to keep control of the House in the 2022 elections, given a history in which the party controlling the White House typically loses seats in the midterm vote.