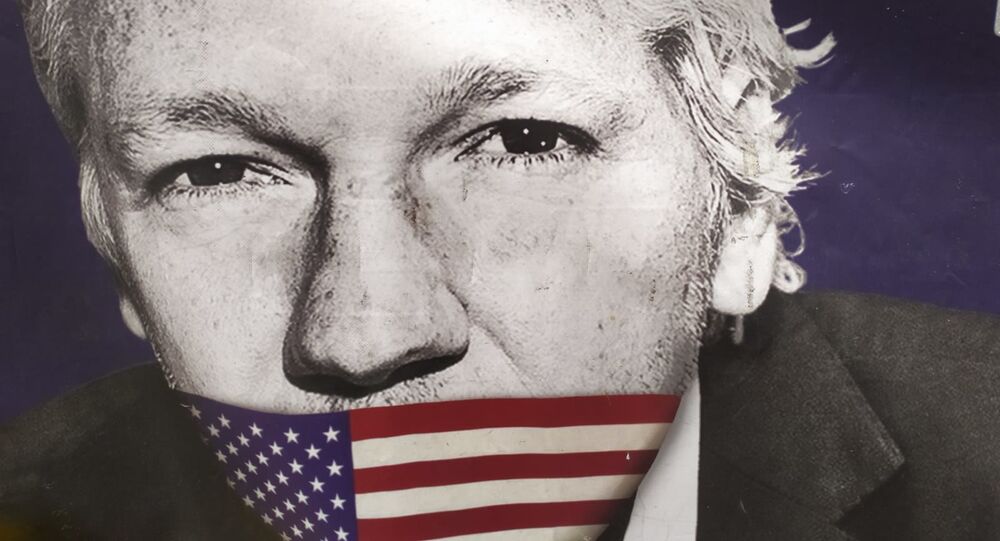 Photo: Activists Protest in Front of DOJ Building in Washington, DC in Support of Julian Assange

Wikileaks founder Julian Assange is turning 50 on 3 July. To mark this event and raise awareness of how important it is to protect whistleblowers and journalists, his family and activists are holding a series of rallies across the US.

A group of protesters gathered in front of the Robert F Kennedy Department of Justice building in Pennsylvania Avenue, Washington, DC on Thursday, 1 July, to demand the release of Julian Assange, a co-founder of the Wikileaks website. Hosted by the Action for Assange group, the event is expected to be attended by the publisher's father, John Shipton.

​​The event is the last stop of a #HomeRun4Julian tour which was organised by Shipton and began in Miami on 6 June. On the tour they were met by activists, journalists and policymakers to raise awareness for the importance of protecting whistleblowers and journalists, and to lobby for the release of Assange, whom the United Nations has declared “arbitrarily detained” since 2010.

John and Gabriel Shipton took to the floor to say a few words in front of the protesters.

Julian Assange is wanted by the DOJ on espionage and computer fraud charges as WikiLeaks published thousands of secret files and classified documents that put US war crimes in Iraq and Afghanistan under the spotlight. The publisher faces up to 175 years in solitary confinement inside a top security American prison if convicted in the US.