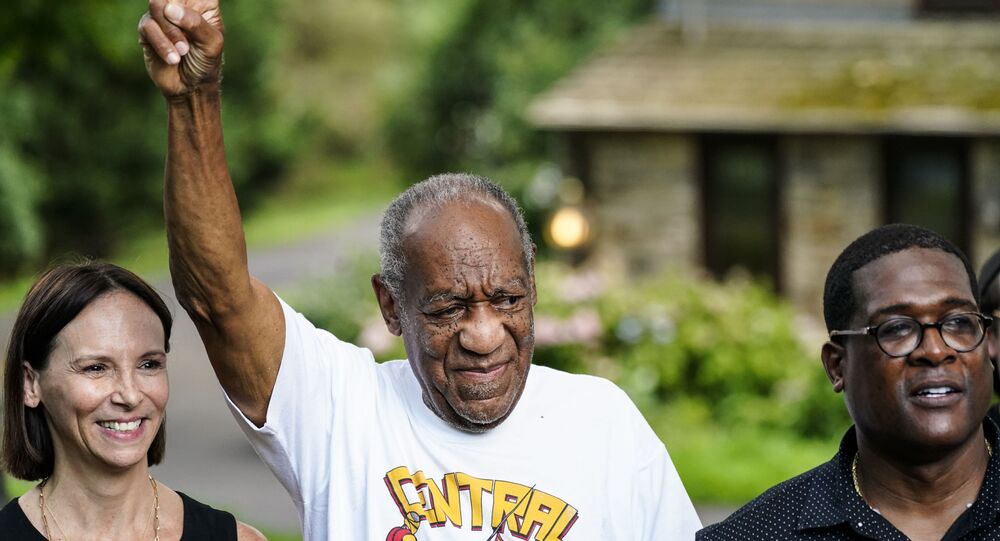 American retired comedian Bill Cosby was released from a Pennsylvania prison on Wednesday after the state’s Supreme Court overturned his sexual assault conviction.

Andrea Constand, the ex-basketball player who accused Bill Cosby of drugging and molesting her in 2004, said through her lawyers that the judge’s decision to release him from prison was “disappointing."

It “is not only disappointing but of concern in that it may discourage those who seek justice for sexual assault in the criminal justice system from reporting or participating in the prosecution of the assailant," Constand and her lawyers argued.

The comedian, who was once known as "America's dad," was found guilty of three count of aggravated indecent assault against Constand in 2018, in relation to the her claims that he molested her 14 years earlier at his Cheltenham residence.

According to the ex-basketball player, she regarded Cosby as her mentor before the alleged assault.

Constand, who previously worked at Temple University in Philadelphia, first accused the comic in 2005 but no criminal charges were brought against him by state prosecutor Bruce L. Castor at the time.

Constand later sued Crosby for sexual battery and defamation, with the two reaching a settlement under a confidentiality agreement in 2006.

Over the next decade Constand’s allegations against Cosby were backed up by other accusers, effectively forcing the authorities to re-open the case against him and establish a “pattern of predatory behaviour” on his part.

In September 2018, Cosby was sentenced to 10 years in prison after the court found him guilty of sexually assaulting Constand.

But on Wednesday, Pennsylvania’s Supreme Court established that his conviction should be overturned over a "process violation.” It cited Cosby’s legal team’s 2005 “non-prosecution agreement” with District Attorney Castor, that should have prevented the comedian from being charged in the case in the first place.

Apart from Constand, Cosby’s other accusers criticised the court’s decision to release Crosby.

"I am stunned, I am shocked and my stomach is in a knot ... One legal ease can overturn this when so many people came forward,” said Janice Baker-Kinney, who claims that the showman raped her in 1980s after drugging her.

Patricia Leary Steuer, who also claims she was drugged and assaulted by Cosby in 1979, called the ruling “discouraging” to other assault survivors.

Following his release from prison, Cosby tweeted that he has not changed his stance on the accusations: “I have always maintained my innocence.”