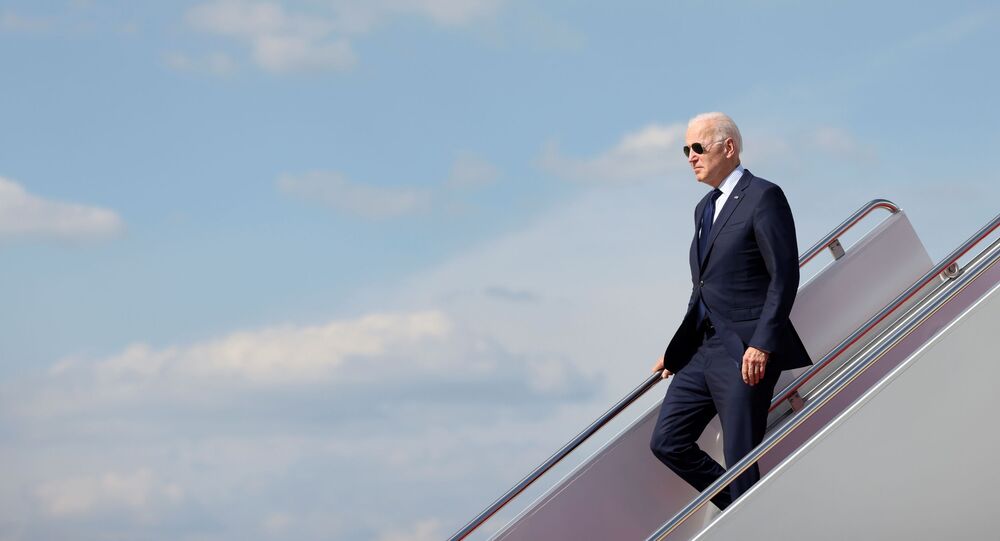 Search-and-rescue efforts continue among the rubble of the Champlain Towers South condominium complex in Miami, Florida, one week after the building partially collapsed, killing at least 18 people and leaving 145 unaccounted for.

President Joe Biden is visiting Surfside, Florida on Thursday, where workers are still sifting through the rubble of the Champlain Towers South condominium complex one week after it partially collapsed, killing at least 18 people and leaving 145 missing.

The president and his First Lady will meet Florida governor, Ron DeSantis, and Miami-Dade mayor, Daniella Levine Cava, as well as local leaders. The Bidens will praise the efforts of the first responders and search-and-rescue teams, and will also meet directly with the families of victims, according to White House press secretary Jen Psaki.

“They want to thank the heroic first responders, search-and-rescue teams and everyone who’s been working tirelessly around the clock, and meet with the families waiting for word of their relations,” Psaki said on Tuesday.

The president’s visit comes a week after Champlain Towers South, the 12-story beachfront condominium, came crashing down on 24 June for reasons which are as yet unexplained.

© REUTERS / MARCO BELLO
Rescue personnel continue the search and rescue operation for survivors at the site of a partially collapsed residential building in Surfside, near Miami Beach, Florida, U.S. June 30, 2021

On Wednesday, the remains of six people were discovered by teams, and no survivors have been found since last Thursday. The inclement weather has also interrupted work.

Miami-Dade police chief Freddy Ramirez was cited as hoping that the president's visit will boost morale.

“We’ve had several challenges from weather, sorrow, pain. And I think that the president coming will bring some unity here for our community - support, like our governor, our mayor, all of us together," he told the press.

The president is being accompanied on the trip by senior adviser Anita Dunn, deputy chief of staff Jen O'Malley Dillon, and FEMA head Deanne Criswell, as well as aides, speechwriters, and other assistants.

Furthermore, the Bidens will seek to ensure that state and local officials have the resources they need in line with the emergency declaration approved by Biden for Miami-Dade. According to Psaki, the White House was anxious lest the visit do anything to “pull away” from the ongoing search-and-rescue operation.

The 46th governor of Florida, Ron DeSantis, voiced appreciation for “the support of the president” at a Friday news conference in Surfside.

Earlier, the US Department of Commerce's National Institute of Standards and Technology said in a press release it will launch a technical investigation into what caused the collapse.

A video recently posted on TikTok by Adriana Sarmiento, who was on vacation with her husband, showed water gushing into the basement of the Surfside condo just minutes before it collapsed.

Chilling new video reportedly shot by a tourist, shows Water pouring down and Debris underneath Champlain Tower South in Surfside, FL -Champlain Condo on Thursday. . .
*Shortly before the building pancaked, according to a report by ABC affiliate WLS-TV.pic.twitter.com/Z4tgMIExjd

Sarmiento was cited by Chicago news station WLS-TV as saying her attempt to notify residents about the leak was seemingly ignored.

Furthermore, US media reports have been citing one of the engineers investigating the deadly incident. The individual reportedly suggested that the condo's swimming pool may have collapsed first, followed by the remainder of the building down.

Questions are being asked, as a structural engineering report for the Champlain Towers condominium association in 2018 discovered a spate of problems with which the building was riddled and which needed extensive repairs "in the near future".

According to the consulting group that compiled the report, it had "detailed significant cracks and breaks in the concrete, which required repairs to ensure the safety of the residents and the public". It also noted “abundant cracking" of concrete columns, beams and walls in the garage.

Correspondence dating only two months before the tragedy from the board president of Champlain Towers South, Jean Wodnicki to residents stated that since 2018 "the observable damage such as in the garage has got significantly worse since the initial inspection," CNN reported.

This comes as a flurry of lawsuits are being filed seeking damages from the deadly collapse.