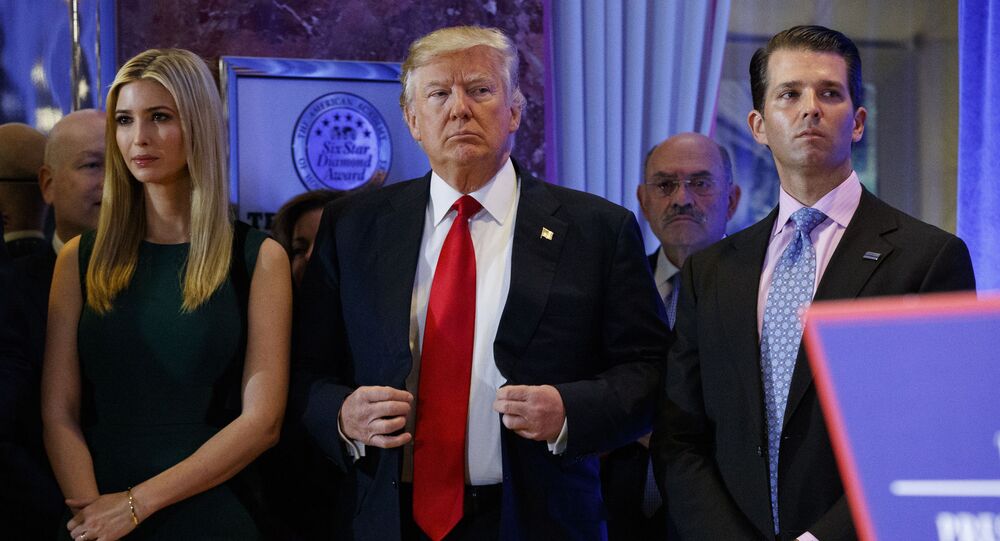 Donald Trump's multi-billion-dollar family business has been under investigation by authorities in New York amid suspicions that the firm and its executives have evaded taxes on fringe benefits. Prosecutors have warned that more serious charges may be incoming. Trump has denied any wrongdoing and claimed the charges are politically motivated.

Trump Organisation CFO Allen Weisselberg surrendered to authorities in New York on Thursday morning in anticipation of tax-related charges expected to be unsealed later in the day, multiple outlets including Bloomberg, the New York Times, and CNN report, citing the businessman's attorney.

The surrender of Trump's close confidant, characterised by Bloomberg as "the most direct attack on Donald Trump and his business" to date amid Manhattan District Attorney Cyrus Vance Jr's ongoing criminal probe, comes in the wake of reports earlier this week that the CFO and the Trump Organisation would be charged with tax-related crimes.

Charges against Weisselberg and the Trump Organisation are expected to be unsealed later Thursday at the New York State Supreme Court, while the official is expected to be arraigned at a lower Manhattan courthouse.

In a statement cited by ABC News, the Trump Organisation said that Weisselberg had been turned into a "pawn for prosecutors" seeking to "go after" the former president for politically-motivated reasons.

"Allen Weisselberg is a loving and devoted husband, father and grandfather who has worked at the Trump Organisation for 48 years. He is now being used by the Manhattan District Attorney as a pawn in a scorched earth attempt to harm the former President. The District Attorney is bringing a criminal prosecution involving employee benefits that neither the IRS nor any District Attorney would ever think of bringing. This is not justice; this is politics," the statement says.

In a statement, Weisselberg attorney Mary Mulligan: “Mr. Weisselberg intends to plead not guilty and he will fight these charges in court.” pic.twitter.com/nFVmFKaO8O

Trump himself is not expected to be named in the criminal indictments, which reportedly relate to failure to pay taxes on fringe benefits -such as cars, apartments and private school tuition. Prosecutors are reportedly considering deeper, more serious charges if they can prove that Trump executives systematically avoided paying taxes, after announcing last month that their investigation against the Trump Organisation was no longer "purely civil."

Vance's office had previously indicated that it was looking into "possibly extensive and protracted criminal conduct" by the Trump Organisation relating to tax and insurance fraud, as well as the falsification of business records.

© AP Photo / Markus Schreiber
Stormy Daniels Says She Would 'Love' to Testify Against Trump Organization in NY State Probe
The Manhattan DA's probe began after former Trump attorney Michael Cohen flipped on the business mogul and alleged that he had made hush payments to two women who had claimed to have had sexual affairs with Trump ahead of the 2016 election. Prostitute and pornographic actress Stormy Daniels, one of the two women allegedly involved in the payoff scandal, told CNN earlier this month that she would "love" to testify against Trump.

Trump and his allies dismissed the payoff claims and accused their political enemies of attempting to sabotage the Republican and dragging his name through the mud. Trump has also slammed Vance's tax probe specifically, accusing the New York Democrat attorney - who is the son of Jimmy Carter-era secretary of state Cyrus Vance, of taking part in a broader "witch hunt" against him after multiple failed Democratic bids to bar him from ever again running for public office.

Last month, former Weisselberg daughter-in-law Jennifer Weisselberg, who is cooperating with New York officials in their investigation into the Trump Organisation, expressed confidence that the CFO would flip on Trump if asked directly if he had committed a crime.