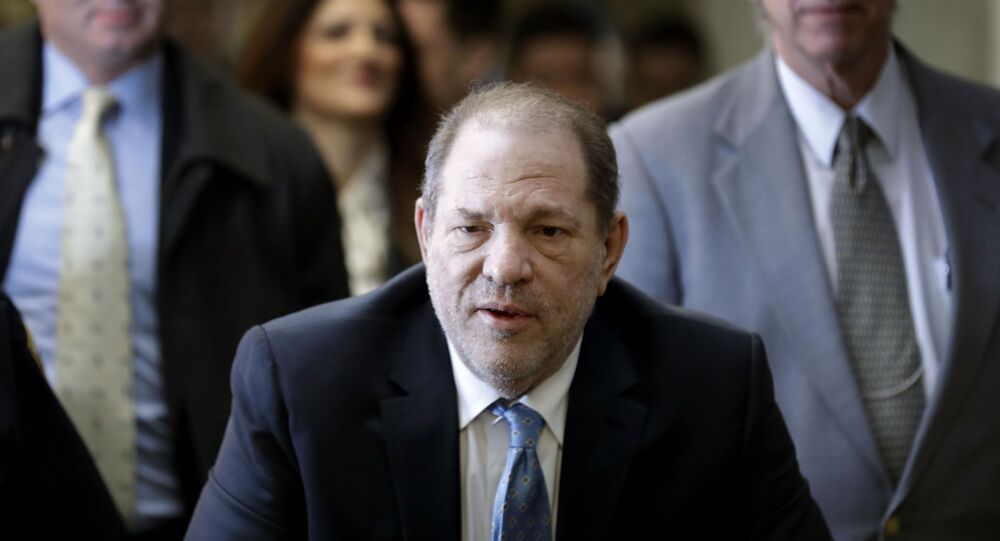 US comedian Bill Cosby was released from prison on Wednesday after the Pennsylvania Supreme Court overturned his 2018 sexual assault conviction. Disgraced Hollywood mogul Harvey Weinstein, like Cosby, was a high-profile target of the #MeToo movement that spearheaded sexual assault accusations against powerful men in 2017.

Harvey Weinstein's lawyers have hailed the decision to rescind disgraced comedian Bill Cosby's sexual assault conviction, claiming it “reaffirms our confidence” that the movie mogul might be similarly cleared.

“In reversing the conviction of Bill Cosby, the Pennsylvania Supreme Court has demonstrated, once again, that no matter who a defendant may be and no matter the nature of the crime, courts can be relied upon to follow the law and come to the correct decision,” said Weinstein’s attorney Arthur Aidala in a statement to Fox News.

According to Aidala, In the case of his client, an “abundance of issues that cry out for a reversal” leave him hopeful that the Appellate Division in New York, where Weinstein lodged his appeal against his conviction and 23 year jail sentence, will “reach the similarly correct decision overturn the ruling.”

Famous comedian Bill Cosby and Oscar-winning Hollywood producer Harvey Weinstein were both accused of non-consensual sex by dozens of women amid the #MeToo movement, which witnessed a flurry of sexual assault accusations against powerful men in 2017.

Best-known for starring in the 1980s TV series The Cosby Show and once known as "America's Dad", Cosby was found guilty in 2018 on three counts of felony indecent assault against former Temple University employee Constand dating to 2005.

Cosby, 83, served more than two years of a three to 10-year sentence at a state prison near Philadelphia.

However, on Wednesday, the Pennsylvania Supreme Court threw that conviction out a technicality. A state prosecutor, Bruce L. Castor, had struck a deal with Cosby’s lawyers in 2005 not to bring criminal charges in exchange for his testimony in a civil case.

Per the high court's ruling on Wednesday, the initial 2005 "non-prosecution agreement" with then-Montgomery County District Attorney should have prevented Cosby from being charged in relation to the case some 10 years later.

© AP Photo / Alyssa Pointer/Atlanta Journal-Constitution
‘Wishful Thinking?' Netizens Weigh in as Disgraced Comedian Bill Cosby Confused With Bill Clinton
In 2014 and 2015 dozens of women came forward with allegations of assault by Cosby, with authorities aware the statute of limitation rules meant they could not pursue the majority of the accusations. The case involving Constand was reopened and Cosby was charged days before the 12-year limit on her allegations was set to expire.

Another concern raised by Cosby's attorneys had been the decision by the trial judge in his case to allow five other female accusers to testify about their experiences with Cosby in the 1980s to establish “a pattern of behavior”. The Pennsylvania Supreme Court 's ruling also found that testimony from “character witnesses” unrelated to the case had “tainted the trial.”

Harvey Weinstein, once one of the most powerful Hollywood producers, was sentenced to 23 years in prison in March 2020 following multiple accusations from numerous women, including iconic Hollywood actresses Angelina Jolie, Gwyneth Paltrow and Salma Hayek.

The former co-founder of Miramax Films, who has not publicly admitted his culpability, was found guilty of felony sex act and third-degree rape in New York City.

Harvey Weinstein now faces additional charges sexual misconduct that could extend his 23-year prison sentence after a New York court ruled to extradite him to Los Angeles, where new charges of sexual abuse have been brought against him.

Based on accusations of five women in incidents dating between 2004 and 2013 in Los Angeles and Beverly Hills, he is charged with 11 counts of rape and sexual assault, with a potential sentence of 140 years in prison.

In Weinstein's New York case, the judge also allowed character testimony of women whose allegations did not directly relate to the charges, similar to the Bill Cosby trial, according to his legal counsel cited by the Daily Mail. Weinstein is currently serving his sentence at the Wende Correctional facility in upstate New York.