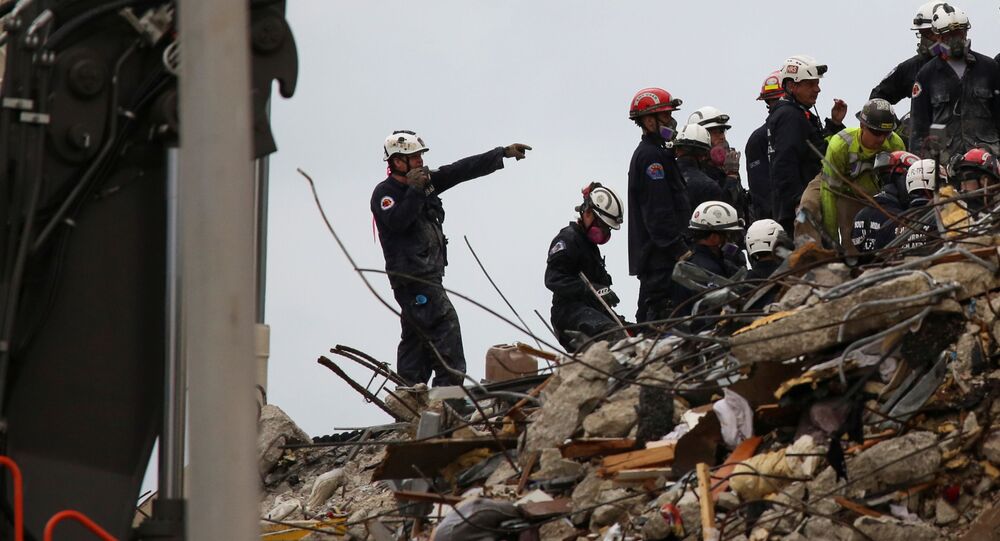 WASHINGTON (Sputnik) - The US Department of Commerce's National Institute of Standards and Technology said in a press release it will launch a technical investigation into what caused the collapse of the 12-story Surfside condo building last week.

"Today the US Department of Commerce’s National Institute of Standards and Technology (NIST) announced it would launch a full technical investigation into what caused the partial collapse of the Champlain Towers South Condominium in Surfside, Florida, on June 24, 2021," the release said on Wednesday.

NIST officials are on site of the incident but will not enter the actual ground of the collapse until it is considered safe to do so, the release said.

The agency said its investigation could reveal potential issues for other buildings near the collapse, along the coastline.

The investigation will not interfere with search and rescue operations, and the agency is cooperating with all levels of government responding to the collapse, the release said.

Earlier on Wednesday, the Miami-Dade County mayor said the death toll is currently 18 and 147 residents of the Surfside condo building are still unaccounted for.