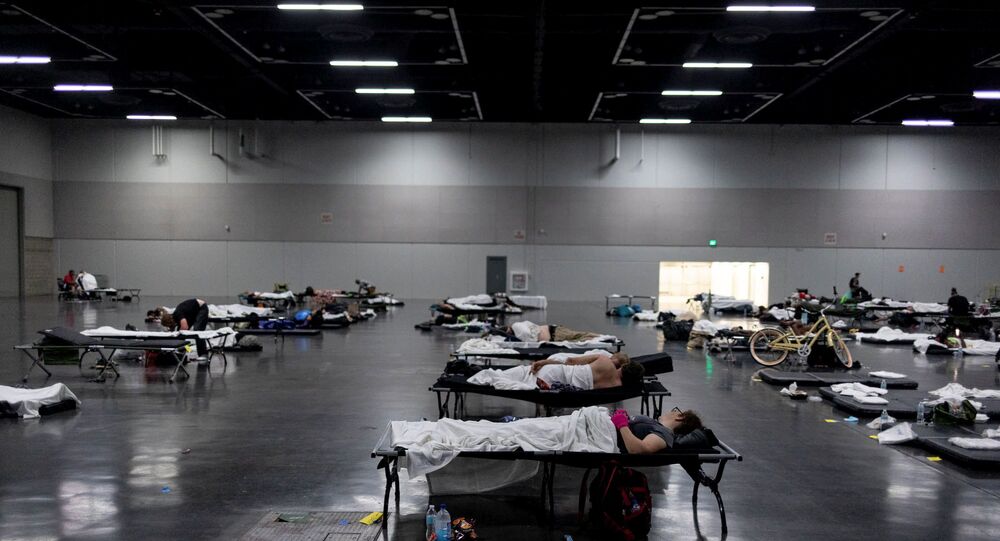 WASHINGTON (Sputnik) - Multnomah County, in the state Oregon, said in a press release that, since last Friday, 45 residents died due to excessive hot weather conditions.

"The Multnomah County Medical Examiner Program has identified 45 deaths related to excessive heat since Friday, June 25," the release said on Wednesday. "The preliminary cause of death is hyperthermia. Hyperthermia is an abnormally high body temperature caused by a failure of the body to deal with heat coming from the environment."

The release added that the county received a record number of emergency calls during the period,

The people who died ranged from ages 44 to 97, the release said. By comparison, between 2017 and 2019, 12 people died in the county from hyperthermia.

Between Friday and Monday, the county set up three cooling centers and used nine libraries as cooling spaces, the release said, adding that some 8,000 residents came into these climate-controlled structures to escape the scorching air.

The county has distributed nearly 80,000 water bottles to residents, the release added.

The Pacific Northwest was hit with a heat wave over the weekend, with temperatures reaching all-time record highs of 116 degrees Fahrenheit in some areas on Monday.